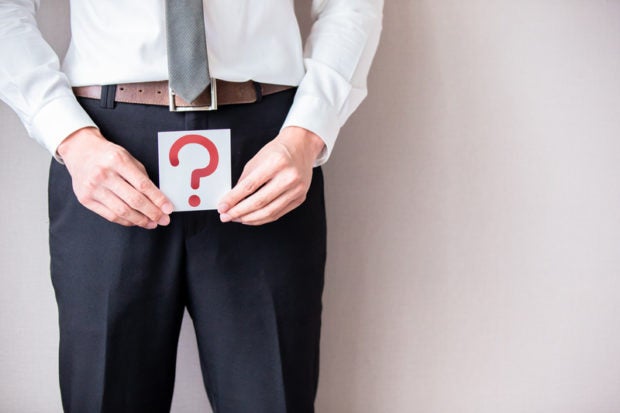 After losing his penis, a man from the United Kingdom had to carry an artificial phallus on his arm for four years now.

Malcolm MacDonald, 45, suffered from a perineum infection that turned into sepsis. His fingers, toes and penis turned black, and he eventually lost his penis in 2014, The Sun reported exclusively on Thursday, July 30.

Having an artificial penis grafted on his arm is a chance for the separated dad-of-two to restore some sense of normalcy after losing his manhood. His testicles, though, are still intact.

“One day it just dropped off on to the floor,” he recalled. “Because I had been through the devastation of knowing I was going to lose it, I just picked it up and put it in the bin.”

“I went to the hospital and they said the best they could do for me was to roll the remaining stump up like a little sausage roll. It was heartbreaking.”

MacDonald admitted feeling “a shadow of a man” for two years.

“My life really fell apart because I had no self-confidence,” he said. He shied away from family and friends and drank heavily.

“Not having a penis felt awful. It’s most men’s worst fear,” he noted.

“For me I was never worried about sex, because I already had two children. It was always more about my self-confidence and simple things like using the loo.”

His doctor referred him to Prof. David Ralph, a urologist who specializes in genital reconstruction, particularly phalloplasty — creating an artificial penis.

Ralph explained he would need an arm-graft procedure. The phallus is constructed by taking a vein from the body, then wrapping skin from his arm into a penis shape. It is then attached to the arm with a urethra, as well as two tubes that can be inflated via a hand pump so he can have a “mechanical” erection.

Ralph said the whole process would take up to two years, and MacDonald was hopeful about his prospects. Given the chance to have a new penis, he even made a request to make it two inches longer. MacDonald also got £50,000 funding from the National Health Service for the procedure.

“When I saw it on my arm for the first time I was so, so proud,” he said. He also gave it a name: Jimmy.

“After everything I had been through it didn’t feel weird at all — it was just a part of me.”

However, “Jimmy” has been on his arm for longer than expected. When he was set for surgery in 2018, he was unwell and it had to be postponed.

He said that scheduling and transportation mix-ups have further delayed grafting his penis on to his groin. He was to undergo surgery last April, but then the coronavirus pandemic broke out.

A spokesperson from University College Hospital said the postponements were also because MacDonald would cancel or miss appointments.

Despite all the setbacks, MacDonald hopes he can have the surgery by the end of the year.

He has also accepted the humor in his situation. Though he wears long-sleeved shirts to hide his penis, at times it does get spotted and some make jokes about it. He does acknowledge that “if I couldn’t laugh at the willy on my arm I’d be finished.”

“It looks like something out of a weird sci-fi comic. But it’s my chance at a normal life,” he was quoted as saying. “It’s been the first step towards being able to go to the toilet and even being intimate with someone.” Niña V. Guno/JB