TikTok doing all it can to avoid US ban, potential Microsoft deal in the works 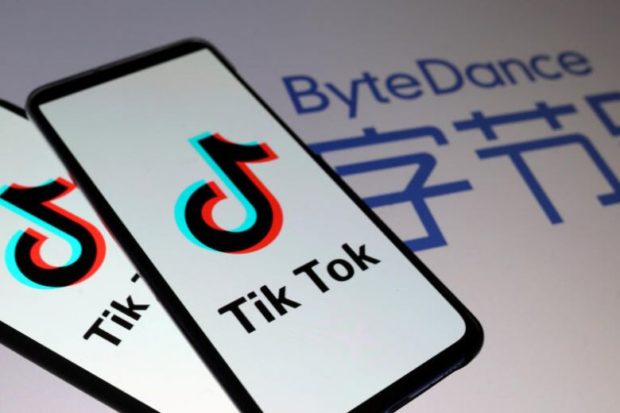 Microsoft said it is “exploring” a purchase of TikTok, and will complete discussions by Sept 15. REUTERS via The Straits Times/Asia News Network

BEIJING — TikTok owners ByteDance said on Monday (Aug 3) it is doing all it can to avoid a ban in the United States, confirming that it is facing a forced sale to US tech giant Microsoft, an internal memo has shown.

In the memo to employees, ByteDance founder Zhang Yiming said the company had been under scrutiny from the Committee on Foreign Investment in the United States (CFIUS) since it bought the app musical.ly to form the current product on offer.

“While we encounter mounting complexities across the geopolitical landscape and significant external pressure, our response teams have been working round-the-clock… to ensure the best possible outcome,” he wrote in the e-mail sent out shortly after noon and posted as well on ByteDance-owned news aggregator Jinri Toutiao.

The company is in “preliminary discussions” with a tech company to help continue offering the app in the US, Mr Zhang wrote, without naming the company.

“We do not yet know the exact details of what our end-solution will be,” he added.

Microsoft, in a separate blog post on Sunday, said it is “exploring” a purchase of TikTok following a phone call between its chief executive Satya Nadella and Mr Trump, and will complete discussions by Sept 15.

According to a Reuters report citing unnamed sources, Mr Trump has given TikTok 45 days to reach a deal on the sale.

“The two companies have provided notice of their intent to explore a preliminary proposal that would involve a purchase of the TikTok service in the United States, Canada, Australia, and New Zealand and would result in Microsoft owning and operating TikTok in these markets,” the blog post said.

But in an interview with Fox News on Monday (Aug 3), White House trade adviser Peter Navarro said the purchase by a firm with operations in China “raises questions”, reigniting fears that negotiations could be scuppered.

Since Mr Trump floated the idea last Friday of banning the platform in the US, citing security concerns that data of about 100 million users could be shared with the Chinese government, shockwaves have rippled through the app’s youthful user base who were concerned about the loss of a creative outlet.

It prompted TikTok chief executive Vanessa Pappas to reassure users that the platform was “not planning on going anywhere”.

Chinese state media have also responded vigorously to the potential banning of an app blocked in China, with the nationalist tabloid Global Times saying the company’s biggest “sin” was challenging US tech dominance while the official China Daily accused Washington of hypocrisy.

“The US generalizes the concept of national security, makes presumptions of guilt and threatens relevant companies without any evidence,” Chinese foreign ministry spokesman Wang Wenbin told a regular press briefing in Beijing.

“This violates the principles of market economy and exposes the hypocrisy and typical double standards of the US in maintaining fairness and freedom,” he said, adding that the US was “abusing” the concept of national security.

In a public post late on Sunday, ByteDance responded defiantly to the situation, saying it has been hit with “complex and unimaginable difficulties” while expanding globally, “including the tense international political environment, the collision and conflict of different cultures, and the plagiarism and smear of competitor Facebook”.

While TikTok is owned by the Beijing-headquartered ByteDance, it is banned in China, which has its own version of the app, Douyin.

The company has also gone to great lengths to distance itself from the Chinese government, recently bringing on board long-time Disney executive Kevin Mayer as chief executive of TikTok’s US operations.

The move by the Trump administration to ban TikTok also brings the US-China dispute into the technological sphere.

It marks the latest in a series of increasingly bad-tempered tit-for-tat moves between the two countries, and comes barely a week after Washington ordered the closure of the Chinese consulate in Houston, Texas, saying the mission had been at the epicentre of a spying ring. China retaliated on Friday by ordering the US to close its consulate general in Chengdu in 72 hours.