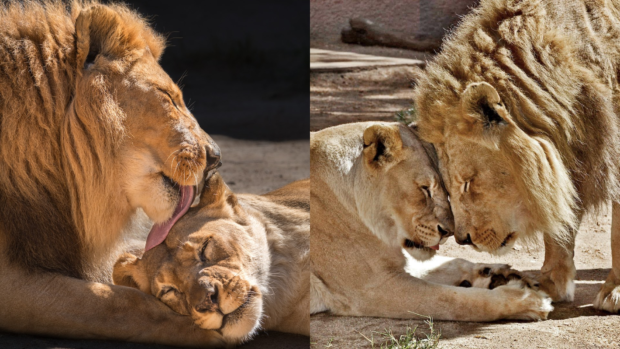 Two “inseparable” 21-year-old lions were euthanized together last Thursday, July 30, due to their declining health.

Hubert and Kalisa were put down in the Los Angeles Zoo, as per the animal center’s website on the same day.

Animal care and health staff “made the difficult decision to humanely euthanize” the elderly couple due to their “declining health and age-related illnesses that had diminished their quality of life.”

Hubert and Kalisa arrived at the zoo in 2014 from the Woodland Park Zoo in Seattle and have developed a close bond since.

“You cannot think of Hubert without thinking of his companion, Kalisa; they’ve been an inseparable couple for years,” Alisa Behar, curator of mammals, said.

CEO and zoo director Denise Verret also noted in the zoo’s Facebook post that they had formed a “loyal companionship.” The post also featured photos of the animals together.

“So, while it is truly heart-wrenching that we had to say goodbye to this iconic pair, we can take comfort in knowing they left together,” she added.

It is with a heavy heart that we announce the loss of our African lion pair, Hubert and Kalisa. Animal care and health…

She then honored the couple, saying, “These lions will remain a positive part of our history, and they will be greatly missed.” The two were also beloved by the zoo’s visitors, who knew the couple for their “frequent cuddles and nuzzles.”

The center explained that Hubert and Kalisa were already considered elderly when they arrived in 2014 because lions have an average life expectancy of mid-teens and about 17 years in zoos.

Hubert was born back in February 1999 at the Lincoln Park Zoo and fathered 10 cubs throughout his life. Meanwhile, Kalisa was born in December 1998 at the Woodland Park Zoo, where the two later met.

Though the two have developed a longtime companionship over their six years in the L.A. zoo, they never had cubs together.  /ra