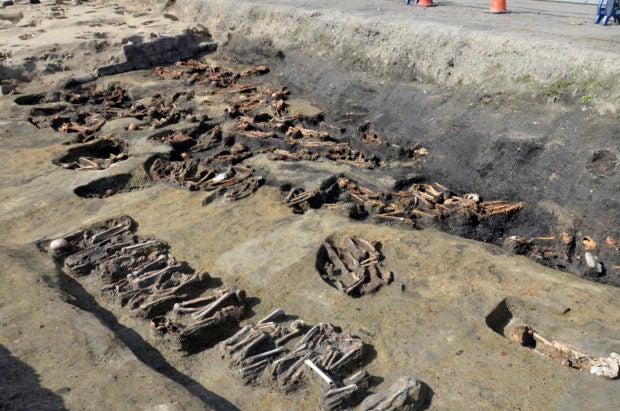 TOKYO — Archaeologists have dug up the remains of more than 1,500 people, many of them believed to have died in an epidemic, who were buried in a 19th-century mass grave that is being excavated for a city development project in Osaka in western Japan.

Officials at the Osaka City Cultural Properties Association studying the remains said Wednesday that they believe they are of young people who died in the late 1800s.

The Umeda Grave, one of seven historical burial sites in Japan’s bustling merchant city of Osaka, was unearthed as part of a redevelopment project near a main train station. 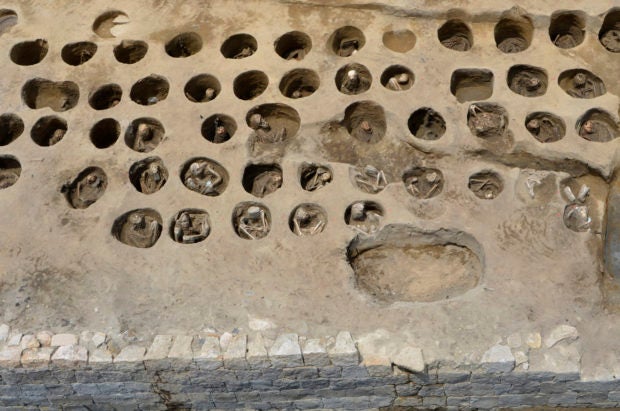 The more than 1,500 remains were found during excavations that began in September 2019, following an earlier 2016 to 2017 study that dug up hundreds of similar remains at adjacent locations, according to Yoji Hirata, an official at the association.

“It was our first historical discovery of a burial site in Osaka,” Hirata said. “The findings will provide details of burial traditions of ordinary people back then.”

In the earlier excavation, many remains showed signs of lesions on the limbs. The discovery of additional similar remains suggests the burial site was for those who fell victim to an epidemic in the region, Hirata said.

All of the remains have been removed from the excavation site, and experts will examine them and other artifacts in hopes of finding more details related to the deaths. Some experts have cited the possibility of an epidemic of syphilis, which was rampant then in populated areas such as Osaka.

Many of the remains were in small round holes, where bodies were apparently stacked and buried. Archaeologists found coffins containing multiple remains, a sign that many victims of an epidemic were buried together, Hirata said.

Experts also found about 350 urns and a possible depository for bones at the site, signs that bodies were cremated. They also unearthed coins, Buddhist prayer beads, headdresses, combs, sake cups and clay dolls that were believed to have been buried with the dead. 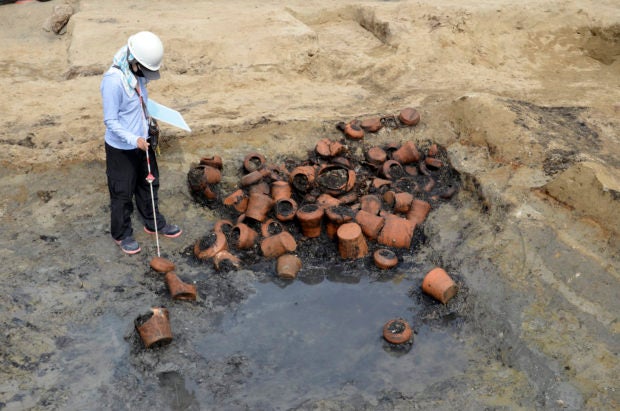 Remains of several piglets were buried on the north side of the cemetery and two horses on the south side.

Hirata said experts plan to compile their findings in a report expected at the end of next year.

The burial site is in what used to be a farming area outside an urban community near Osaka Castle and was one of seven major cemeteries in the city. It appeared in Japan’s traditional Bunraku musical drama “The Love Suicides at Sonezaki” by Chikamatsu Monzaemon. People used to tour the cemeteries to pray for their ancestors during the mid-summer Bon season under Buddhist tradition. IB

Your subscription could not be saved. Please try again.
Your subscription has been successful.
TOPICS: Archaeologists, archaeology, epidemic, Japan, mass grave, Osaka
Read Next
Are science and religion incompatible? Not for a panel of Muslims, Buddhists and Hindus
EDITORS' PICK
Fuel price rollback expected on Feb 7
Philippine-United States alliance ‘rock solid’ — DFA
vivo Philippines offers a free bouquet of flowers and a premium necklace perfect for Valentine’s Day
Omega Speedmaster super racing: Tiny device massive change
Makabayan bloc blasts bid to expand US access to more military bases in PH
House energy committee chair Arroyo bats for cheap electricity
MOST READ
Vice Ganda gets called out for ‘unfair treatment’ of ‘It’s Showtime’ co-host Karylle
Fuel price rollback expected on Feb 7
Kris Aquino gets ‘renewed confidence’ after consultation with new doctor: ‘I have a strong chance of getting better’
Pokwang tells self amid revelations on past relationship: ‘Bangon, nanay ka’
Don't miss out on the latest news and information.