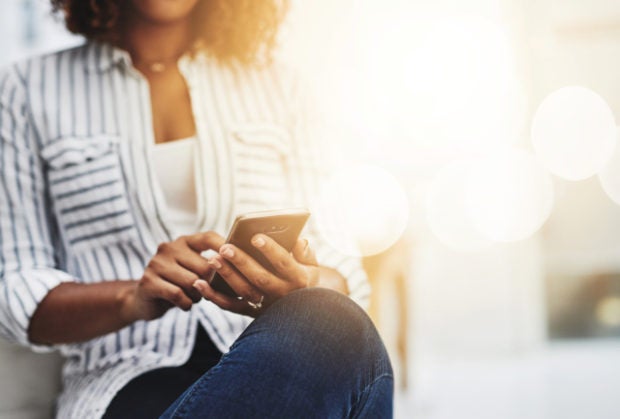 On average, those who used the app completed about a third of the app-based therapy sessions. Image: IStock.com/PeopleImages via AFP Relaxnews

Bulimia sufferers may be able to find help through confiding to a smartphone as a new American study shows the effectiveness of digital cognitive behavior therapy in treating eating disorders among female students.

Among the young women surveyed, 690 with bulimic disorders agreed to take part in the study: 385 were randomly assigned to cognitive behavior therapy through a mobile application tailored to the experiment, while the other 305 were assigned to usual care with counselors on campuses.

The first group of participants followed their therapy via the mobile application. They were in charge of their own schedule of 40 sessions of roughly 10 minutes each. They received personalized counsel, with phone calls from coaches at the beginning and the end of their digital therapy. They also received written tips throughout their program via text messages.

As the experiment went on, the participants from the digital application group noted decreased symptoms (binge eating, vomiting and/or laxative or diuretic use), as well as lower levels of symptoms of anxiety and depression linked to the perception of their body.

The study showed that 83% of those who were randomly selected to use the app completed at least some part of the program, while just 28% of the students assigned to usual care reported receiving any treatment at all.

The effectiveness of the digital therapy compared to traditional therapy is rooted in its increased flexibility, according to the study authors. They also highlighted the fact that young women may feel more at ease confiding the intimate details of their lives to a smartphone rather than a person they don’t know.

“… [M]any college counseling centers aren’t equipped with clinicians who are trained in treating eating disorders, so we believe digital interventions like this one can dramatically increase access to care,” said first author Ellen E. Fitzsimmons-Craft, an assistant professor of psychiatry at Washington University School of Medicine in St. Louis.

The study stresses the key role that these types of phone-based interventions can play, particularly in the context of a pandemic or social isolation (which tends to accentuate eating disorders). RGA