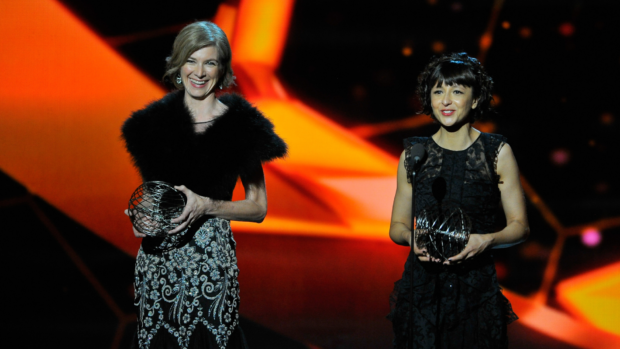 The Nobel prizes remain very much a man’s world, especially in science, but with four female laureates named this year, women are gradually getting more recognition.

Since the first Nobel prizes were given out in 1901, 58 women have been rewarded, representing only 6.2% of the 934 laureates (excluding institutions) overall, according to an Agence France-Presse database.

The latest additions to the Nobel club are America’s Louise Gluck (the poet took the literature prize), Andrea Ghez (who shared physics) and Jennifer Doudna who won the chemistry award with France’s Emmanuelle Charpentier.

The three women scientists have pulled off quite a feat in getting their prizes in two of the most male-dominated disciplines.

Doudna and Charpentier’s chemistry win is only the third time in Nobel history that a woman or an all-female team have taken it, after Marie Curie and the British X-ray crystallography pioneer Dorothy Crowfoot Hodgkin won it on their own in 1911 and 1964 respectively.

As a Frenchwoman, Charpentier follows in the footsteps of Curie and her daughter Irene Joliot-Curie, who won the prize in 1935 in a tandem with her mother and husband Frederic Joliot.

Marie Curie was the first woman laureate in 1903 in physics, and is to date the only one to have won two Nobels (1903 in physics and 1911 in chemistry).

Women make up only 1.9% of physics laureates, or four out of 216, while they won seven out of 186 chemistry prizes.

Like the prizes themselves, the Nobel committees awarding them are also male-dominated, with women holding less than a quarter of the places.

There are, for example, only two women among the seven members of the committee which selects the literature laureate, one out of seven for physics and four out of 18 for medicine. RGA