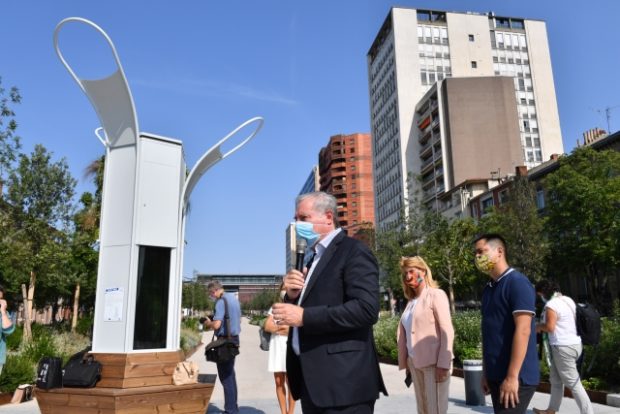 The French city of Toulouse is currently trialing a new addition to its urban landscape.

This artificial tree can suck up pollution and release clean air — and could soon be coming to other city centers. But this isn’t the first air-purifying concept out there. In fact, there’s no shortage of ideas for eliminating fine particles, from green walls to advertising billboards.

Since mid-September in the southwestern French city of Toulouse, a start-up has been trialing a new generation of air purifiers that can help tackle pollution. This futuristic structure actually features microalgae that feed on carbon dioxide (CO2) — like plants — and release oxygen.

Kyanos Biotechnologies claims that this five-meter-tall air purifier could “recycle” 200,000 cubic meters of air each year. Concretely, this artificial tree could capture as much carbon as 100 regular trees. This innovative new piece of street furniture will stay in the city until next spring.

Is it a bench or is it a living wall? You may already have stumbled across the CityTree, this new breed of street furniture currently located in London’s Piccadilly Circus, as well as in Amsterdam and Oslo. It is the work of a German company called Green City Solutions.

This living wall rises up four meters tall above its integrated benches and comprises 1,600 pots of mosses and plants. As a result, this street furniture captures fine particles and cleans the air as much as 275 trees together. The CityTree features a rainwater tank that keeps the plants watered and its irrigation system is powered by solar energy.

This idea hails from the Dutch designer Daan Roosegaarde. The inventor is believed to have made the world’s biggest air purifier, which, standing seven meters tall, can capture 30,000 cubic meters of air per hour, as well as 75% of fine particles. Thanks to patented ionization technology, this tower is able to produce smog-free air. 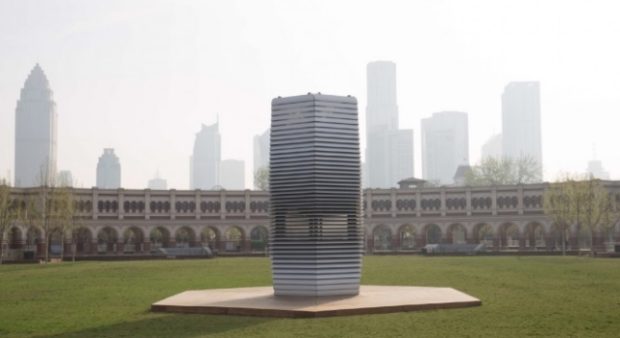 The Smog Free Tower was first installed in 2016 in Beijing. In fact, pollution in the Chinese capital inspired the designer’s concept when he realized that smog was preventing him from seeing the city properly. The invention won the Successful Design Award China in May 2020. The Smog Free Tower has since branched out worldwide with versions in the Netherlands and China.

Daan Roosegaarde seems to have made it his mission to roll out new concepts on the theme of urban air purification. His latest invention, a smog-busting billboard installed in Monterrey, Mexico, uses a special resin that can transform smog into cleaner air.

This technology is based on photocatalysis, harnessing the action of sunlight to break down pollutants. This offers a new line of research for purifying air without relying on photosynthesis. RGA