What if Earth isn’t the most hospitable planet for life? 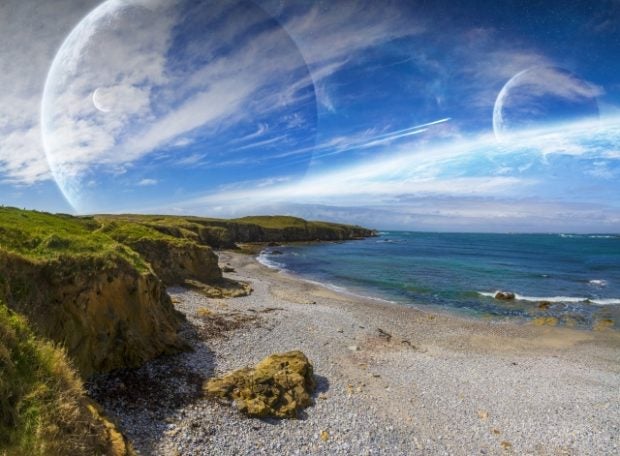 Is the grass really always greener elsewhere? The many urban dwellers in search of greenery and space since lockdown ended certainly seem to think so.

But maybe we need to look even further afield — more than 100 light-years away — to find an even better life. In fact, researchers in the United States consider that certain planets could be more conducive to developing and sustaining life than Earth.

Rest assured, it’s not (yet) time to call in movers to shift all your bags — and your favorite Swedish furniture — to another planet. But planet Earth — often assumed to be the most favorable terrain for the emergence and development of complex life — could be upstaged by other planets where conditions for life could be just as good, if not better.

It may sound surprising, but that’s what a recent study suggests. The research was led by Dirk Schulze-Makuch, a scientist at Washington State University in the U.S., and is published in the Astrobiology journal.

The first job is to define the conditions that planets must fulfill to be favorable to the development of life. For starters, they must orbit a star — their own sun — at an adequate distance (neither too close nor too far away) to ensure the availability of water in its liquid state. The star also needs a lifespan that’s sufficiently long to allow life to develop. The planets in question shouldn’t be too old either. The researchers consider that a planet’s perfect age for sustaining life should be five to eight billion years old. Moreover, the scientists state that the ideal planet should be slightly larger, warmer and wetter than Earth.

Based on these criteria, the researchers identified no less than 24 planets outside our solar system where the conditions could be more suitable for life than Earth. None of the candidates meet all the criteria for so-called “superhabitable” planets, but one of them has four of the essential characteristics, potentially making it much more comfortable for life than our own dear planet.

“It’s sometimes difficult to convey this principle of superhabitable planets because we think we have the best planet,” said Schulze-Makuch. “We have a great number of complex and diverse lifeforms, and many that can survive in extreme environments. It is good to have adaptable life, but that doesn’t mean that we have the best of everything.”

Billions of kilometers away

Located more than 100 light-years away, the planet isn’t likely to be your new home anytime in the coming years, let alone in the coming decades. In any case, it would take several hundreds of thousands of years to get anywhere near it. In other words, we’ll have to make do with our own blue planet for a good while longer. But in a closer future, this discovery could allow scientists to observe what’s happening on these potentially superhabitable planets, to gain inspiration from them and to explore the as-yet unexplored. RGA