Can the 'Mario Kart' soundtrack motivate students to do their homework? | Inquirer Technology
Close
menu
search

Can the ‘Mario Kart’ soundtrack motivate students to do their homework? 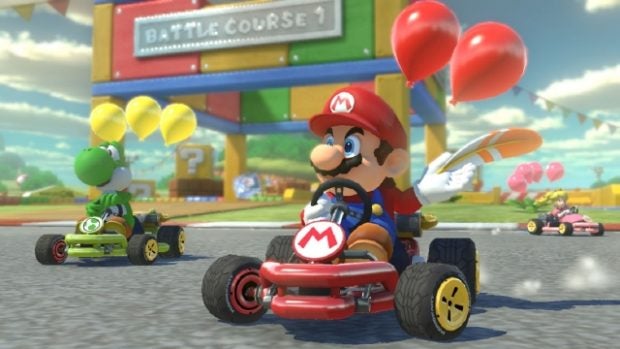 While the music of popular video game Mario Kart music brings back fond memories to some people, it seems it can also help students write their assignments in no time. Several North American students are sharing this productivity-boosting tip on social media.

Canadian student Danielle Voit, 22, was one of the first TikTok users to share this unusual homework tip.

“I forgot about my five-page essay due before midnight so I put on Mario Kart music while writing, finished it in one hour,” said the Canadian student in a video showing her typing away while listening to a tune from the famous video game.

The tip went viral, with the video amassing over 6.3 million views on the Chinese social network. Several users claimed they were trying the hack for themselves, while others said the method had enhanced their productivity.

“If you have a paper or project you need to do for school or whatever else, listen to Mario Kart music while you do it. I’m dead serious I just wrote 600 words out of my 1000 essay in half an hour, this sh*t really works,” wrote a Twitter user.

Many other users evidently followed suit, because the “Coconut Mall” theme is back on the music charts. The speedy tune from the “Mario Kart Wii” soundtrack ranked at number 15 on October 23 in the U.S. “Viral 50” Spotify chart.

The efficacy of the method may have some scientific backing. Several scientific studies have shown the influence of music on concentration in the past.

For instance, a 2013 study conducted by psychologist Dr. Emma Gray in partnership with Spotify showed that a fast-paced tune (between 50 and 80 beats per minute), like “Firework” by Katy Perry or Miley Cyrus’s “We Can’t Stop,” can calm you and make you more alert. So getting motivated by the “Mario Kart” soundtrack might not be that far-fetched an idea. NVG

TikTok cracks down on hate of religions and races