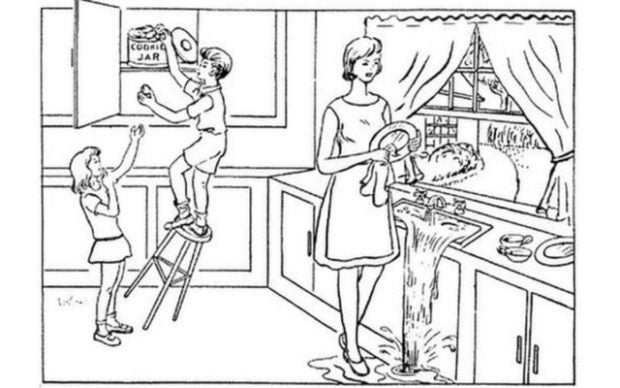 Researchers from IBM and Pfizer labs want to use artificial intelligence to improve detection techniques for the early signs of Alzheimer’s disease. While simple tests based on drawings allow doctors to discern the first warning signs of the disease, the researchers say it’s possible to train AI algorithms to provide much more reliable predictions.

Published in The Lancet, the study evaluated the performance of an AI algorithm trained to make predictions about participants in the Framingham Heart Study cohort. The algorithm used data gathered over several years, relating to the “Cookie Theft” picture description task from the Boston Diagnostic Aphasia Examination, which represents two children in a kitchen stealing cookies behind their mother’s back.

This task is commonly used to evaluate cognitive impairment in neurological disorders, but until now the analysis of participants’ performance on this task was carried out by a human — a clinician who would evaluate the results.

In the IBM-Pfizer test, AI was trained to evaluate the task responses through automated linguistic analysis. And it seemed to work well.

From written responses provided over several years by a sample of 80 patients, half of whom developed the disease after 85 years of age, doctors succeeded in predicting the early signs of Alzheimer’s in 60 percent of cases. The same analysis by an AI program led to a success rate of 70%, according to the researchers. They were able to verify their model’s predictions against actual outcomes in the cohort.

And this is just the beginning. According to them, future analysis and prediction of Alzheimer’s disease onset using speech or linguistic tests by AI will only improve. NVG

Eating too much sugar could increase the risk of Alzheimer’s