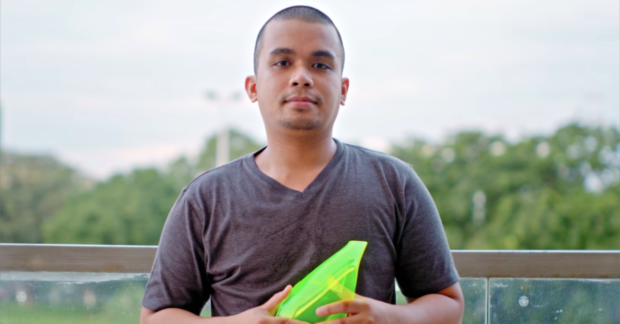 Second time’s the charm for one inventor who found a renewable energy solution using damaged crops.

Carvey Ehren Maigue, a 27-year-old BS electrical engineering student at Mapua University, was recently recognized for a new technology he created using crop waste. He beat 1,800 entries to receive the inaugural Sustainability Award of the James Dyson Award 2020, which has a cash prize worth P1.9 million.

Maigue’s invention, titled AuREUS: Aurora Renewable Energy and UV Sequestration, is “a material, or a technology, that allows other devices to harvest ultraviolet light and convert it into electricity,” he told Dyson in an interview on Thursday, Nov. 19.

Watch him discuss his invention in this video from the James Dyson Foundation, shared by Mapua University yesterday, Nov. 20.

AuREUS is inspired by how the Aurora Borealis is formed, where luminescent particles absorb high-energy particles and re-emit them as visible light. The renewable energy aspect comes in when the visible light is converted in

The crop waste can be placed in panels and put on windows and walls so that it can absorb UV light. It also has an advantage over solar panels because it can get UV light even without facing the sun.

Besides addressing the issue of sustainable energy, Maigue’s AuREUS is also a form of upcycling. As farmers in the Philippines experience damage to their crops due to typhoons and other natural disasters—which are heightened by climate change—their waste produce can still be put to good use.

This is the engineering student’s second foray into the competition. Back in 2018, he already had the idea to create a glass that converts UV light into electricity. Though he was not able to invent the glass as planned, he went back to the drawing board, which eventually became AuREUS.

Maigue is 10 years into his undergraduate degree, having to take breaks from schooling due to financial issues.

“To be able to fund my schooling, I take prototyping projects and fabrication projects from different students, as well as helping people who need support with their projects and their theses,” he said in the interview.

However, he pays no mind to the fact that his college journey is longer than usual. “By taking on different projects, from different students, in different schools, I was able to expand my horizon of what I know.”

After winning the prize money, he plans to further develop the technology so that solar energy harvesting can become more accessible—one idea he has is for clothes to harvest UV light. And of course, with part of the sum, he can finally graduate from university.  /ra