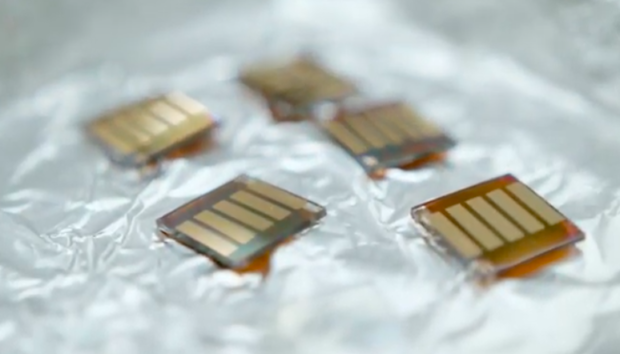 Researchers from the University of Queensland (UQ) in Australia have developed next-generation solar power technology with the use of quantum dots, setting a world record for posting the most efficient conversion of solar energy to electricity.

The group of scientists were able to achieve 16.6% efficiency, a significant 25% step up from the previous record of 13.4% efficiency in the quantum dot solar cell category, as per UQ on their website Feb. 18. The previous record was set by the United States’ National Renewable Energy Laboratory (NREL) back in 2017.

Quantum dots are tiny nanoparticles that pass electrons between each other, giving them the ability to generate electrical current from solar energy in a solar cell device. But the surface of quantum dots are rough and unstable, which renders them not as efficient in converting solar to electrical energy.

The researchers’ development of a surface engineering strategy allowed them to bypass this surface problem, and UQ deems this innovation “a significant step towards making the technology commercially-viable and supporting global renewable energy targets.”

This new class of quantum dots has the potential to be used as a “flexible skin” that can be placed over hard surfaces and are printable, according to UQ.

“This opens up a huge range of potential applications, including the possibility to use it as a transparent skin to power cars, planes, homes and wearable technology,” said Prof. Lianzhou Wang, who led the research. “Eventually it could play a major part in meeting the United Nations’ goal to increase the share of renewable energy in the global energy mix.”

Wang noted that having solar cells based on quantum dots has the advantage of printing on flexible electronics, and can even be used for electricity generation from indoor lighting.

Other than being used for high-efficiency solar cells for electricity generation, the new technology can also be used for hydrogen production by splitting water, which Wang stressed as “equally important.” Hydrogen can then be used as clean fuel.

Wang further explained that they are working on technology to “roll-to-roll print the solar cell,” which he said can be printed “layer by layer like a newspaper,” as per a video post by UQ on YouTube last Monday, Feb. 17.

“It’s research like that, that gives me hope that the world will be able to have enough energy to increase prosperity globally, but at the same time, to reduce carbon emissions globally,” UQ vice-chancellor and president professor Peter Høj AC noted.

The NREL has already recognized UQ’s innovation, the findings of which were described in the paper titled “Ligand-assisted cation-exchange engineering for high-efficiency colloidal Cs1−xFAxPbI3 quantum dot solar cells with reduced phase segregation, published in the Journal of Nature Energy last January. Ian Biong/JB