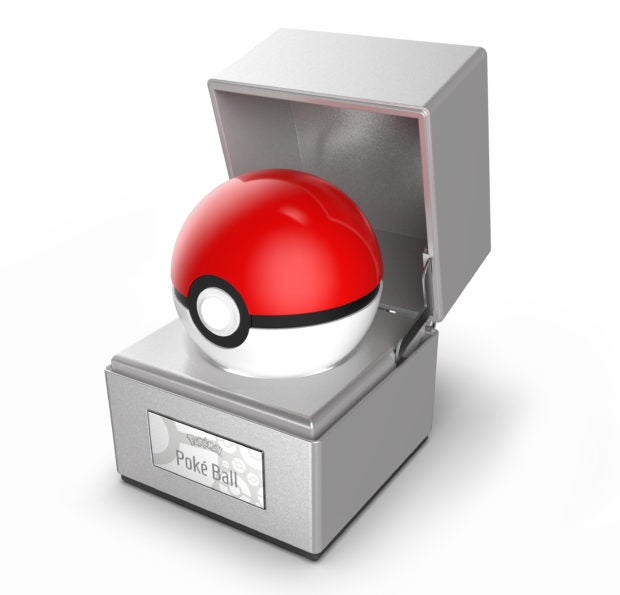 The Pokémon Company will be releasing official Poké Ball replicas with touch and proximity-sensing technology on Feb. 27, which is also known as Pokémon Day.

The collectible item is part of the Die-Cast Poké Ball Replica Series, as per the company’s statement on its website yesterday, Nov. 30. The Pokèmon Company has partnered with The Wand Company to produce the special set of Poké Balls, which are an iconic part of the franchise.

“Equipped with proximity-sensing technology, the Die-Cast Replica’s button glows when it senses motion; pressing the button changes the light color or starts a Pokémon-catching illumination sequence,” the Pokémon Company said.

It added that the upcoming replica is ideal for collectors since each item comes with a presentation case that is authenticated by a uniquely numbered hologram, and a stainless steel ring to help display it. Along with the Poké Ball, its case will also feature multi-colored lights that owners can control through a “touch-sensitive” metal plaque on the front.

The Wand Company showed a sample of the replica and its case on its YouTube page as well. The video features the Poké Ball inside a gray box that has a plaque with the official Pokémon logo.

Aside from the classic Poké Ball, the two companies will also be releasing replicas of the Great Ball, Ultra Ball and Premier Ball throughout 2021. Though the Poké Ball is set to arrive on Feb. 27, fans can already pre-order it through retailers such as Amazon, Sideshow.com, Zavvi, Forbidden Planet and Yellow Octopus, among others.

While Poké Balls are thrown to catch Pokémon in the franchise, The Wand Company stresses that the replicas should never be tossed. It also noted that throwing the replicas will damage them and may injure someone.  /ra