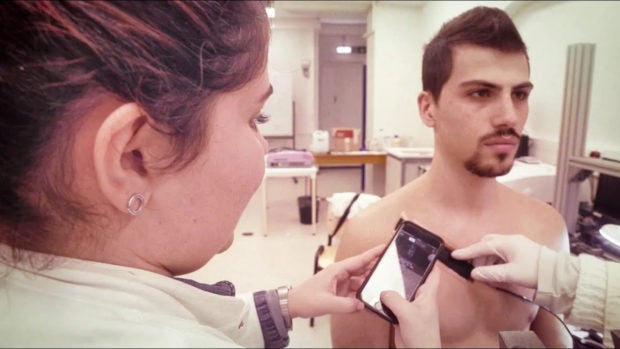 This new type of bandage can communicate precious information in real time on all types of wounds. Image: YouTube/NATO via AFP Relaxnews

Scientists are currently developing a smart bandage prototype equipped with sensors to communicate precious information in real-time on all types of wounds in order to care for them without delay.

The research carried out by the Université Libre de Bruxelles (ULB) and sponsored by NATO has led to the development of a type of patch equipped with sensors capable of transmitting information such as the temperature, hydration level or acidity (pH) of an injury.

In this way, doctors can know which patients require the most urgent care. This data can also be transmitted to a machine learning software program, which will also determine the severity of the wound and if care is urgently needed.

These dressings are composed of three distinct layers: a collagen hydrogel bandage, liquid crystals and specific sensors. The liquid crystals indicate on the surface of the patch the different alert levels. As for the sensors, they can be associated with stem cells capable of reducing the healing time of certain serious wounds by 30 to 10 days.

This research project called Rawints (“RApid Skin Wound healing by INtegrated Tissue engineering and Sensing) targets specific groups of population, such as war casualties (soldiers or civilians), as well as astronauts going on lengthy missions to the Moon or Mars.

And NATO is going even further with a new research program called SP4Life (Smart Patch for Life support system) which aims at adding a microphone to bandages to monitor patients’ heart rates. Once again, this research project, set for several years, will mainly target military or space mission use. IB