Google Street View wants you to get involved 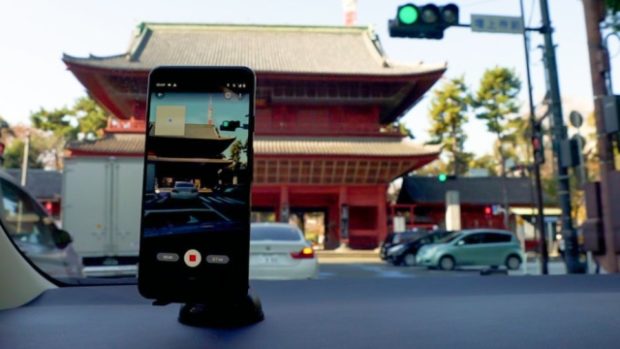 Soon, all web users will be able to contribute to Street View (picture shows a car driver in Japan). Image: courtesy of Google

Soon, any user of Google’s Street View app will be able to capture their own imagery of a precise location — or an entire street — simply by means of their smartphone camera. In other words, all web users will be on hand to help grow the app’s already immense database.

That has two main advantages for Google: first, users on the ground can capture places previously unmapped in the app, and second, they can keep places already featured up to date.

And there’s no need for any special high-tech kit to take 360-degree videos and photos, a simple smartphone compatible with the ARCore development kit is all that’s needed to get involved (in other words, most recent mobile phones).

Instead, the latest update for the Street View app will feature a new photo tool that will let users record a series of images, captured using augmented reality. The app then takes over to rotate, position and create a series of connected photos to make a 360-degree view. It then places those connected images in the right place on Google Maps.

As is often the way, this new function will roll out first in a handful of cities in the U.S. and Canada. Future contributors elsewhere will have a little longer to wait.

As well as revealing this new function, Google also announced some impressive figures about Street View. For example, the app’s various trekkers and cars have collected over 170 billion images from 10 million miles around the world! NVG