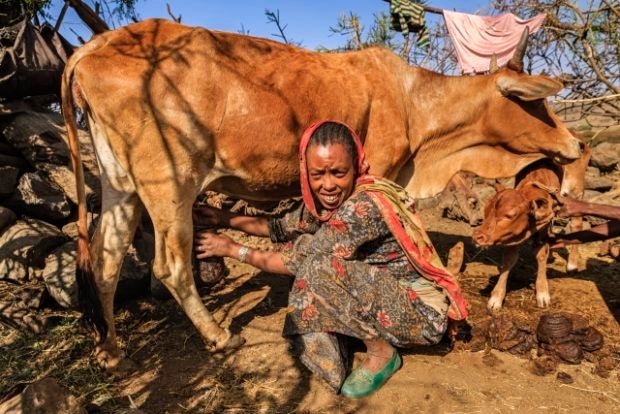 Is a diet without meat the solution to the ongoing climate crisis? Some scientists are skeptical, largely because of the lack of data and analysis coming from low- and middle-income countries. While adopting a meatless diet might be pertinent in industrialized nations, it could be detrimental to Africa’s economic and environmental welfare.

Meat production has been the subject of numerous concerns for the past few years, especially in Europe and the United States, because of its negative impact on the environment. Scientists from the International Center for Tropical Agriculture (ICTA) have been studying the issue and posit that it’s not the only major problem. They also suggest that a meat-free diet is not a global solution to the climate crisis, and that it could even harm certain countries.

This study, published in Environmental Research Letters, shows that a no-meat diet would not have the same impact in Western, industrialized nations and in low- and middle-income countries. This research also highlights the lack of data concerning Africa. Only 13% of all scientific literature about livestock published since 1945 covered Africa, while the continent is home to 20%, 27% and 32% of global cattle, sheep and goat populations.

The ICTA scientists also note that 8 out of the 10 most respected institutes researching livestock are located in the U.S., France, the United Kingdom and The Netherlands, while only two are headquartered in Africa.

“Conclusions drawn in widely publicized reports argue that a main solution to the climate and human health crisis globally is to eat no or little meat but they are biased towards industrialized, Western systems,” said Birthe Paul, lead author of the study.

Focus on solutions that have a stronger impact

In their report, the scientists also argue that only focusing on the negative effects of livestock on the environment leads to overlooking its positive role in ecosystem services, income and provisions supply in low- and middle-income countries. Such a focus also fails to take into account more systemic questions concerning the way animals are raised.

“Mixed systems in low- and middle-income countries, where animal production is fully linked with crop production, can actually be more environmentally sustainable,” said one of the scientists.

“In sub-Saharan Africa, manure is a nutrient resource which maintains soil health and crop productivity; while in Europe, huge amounts of manure made available through industrialized livestock production are overfertilizing agricultural land and causing environmental problems,” added one of the authors of the study.

The research team concluded that a plant-based diet could be relevant in industrialized countries but that it is far from being a global answer to global warming, and especially, that it can’t be applied the same way in every country.

Their study also suggests solutions that could have a stronger impact on the planet and would benefit both farmers and the environment. For instance, improved animal feed to limit greenhouse gases, better management of grazing land, and mixing crop and livestock where manure is plowed back into the soil.