Air pollution behind 1.67M deaths in India in 2019 | Inquirer Technology 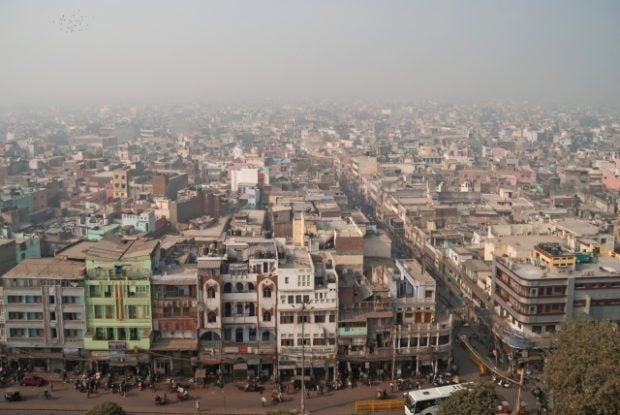 1.67 million deaths in India in 2019 were attributable to air pollution. Image: Getty Images/yoska87 via AFP Relaxnews.

Globally, India is the country where air pollution kills the most people per year, reveals a new report by American and Indian researchers. As many as 1.67 million deaths in 2019 were attributable to air pollution — 17.8% of all deaths in the country.

Air pollution takes a heavy human and economic toll in India, a country of about 1.35 billion people. That’s what an alarming report on the subject unveiled today by researchers from the Global Observatory on Pollution and Health at Boston College, the Indian Council of Medical Research, and the Public Health Foundation of India, indicates.

The study, published in the Lancet Planetary Health journal on Dec. 21, shows that globally, in 2019, air pollution was the most deadly in India. In addition, it is the cause of colossal economic losses, estimated by researchers at about $36.8 billion (P1.8 trillion), or 1.36% of the country’s gross domestic product (GDP).

“Successful reduction of air pollution in India would lead to substantial benefits for both the health of the population and the economy,” the authors of the study said. They also pointed out that the consequences of air pollution will be long-lasting if no effort is made to reduce it throughout the country.

“[Air pollution] is also having a profound effect on the next generation of Indians,” said lead researcher Philip J. Landrigan, M.D., Boston College Professor of Biology and director of the Global Observatory on Pollution and Health. “It increases future risk for heart disease, diabetes, and respiratory disease for today’s children when they become adults. It is reducing children’s IQ. It will be very difficult for India to move forward socially or economically if they don’t do something about the problem.”

However, some of the report’s conclusions are also positive. The study shows that the mortality rate due to indoor air pollution, usually related to the use of poorly ventilated domestic stoves, has declined by 64.2% since 1990. Conversely, mortality rates due to ambient particulate matter and ozone pollution have soared.

“One of our challenges is to provide the poor with greater access to devices and clean fuels that can be sustainably used in a variety of real-world conditions,” concluded the authors of the study, who now want to work on new strategies that would take into account not only energy needs, but also poverty. CC