MANILA, Philippines — For the 6th straight year, the Philippines remains as the top country worldwide whose citizens spend the most time on the internet and social media, according to research firms Hootsuite and We Are Social.

In the latest Digital 2021 report, Hootsuite and We Are Social said the Philippines spend an average of 10 hours and 56 minutes on the internet daily via any device.

This is longer compared to last year’s data which recorded only 9 hours and 45 minutes.

Trailing behind is Brazil with an average internet usage time of 10 hours and 8 minutes and Colombia with 10 hours and 7 minutes.

Japan remains as the country with the least time spent on the internet with only 4 hours and 25 minutes. 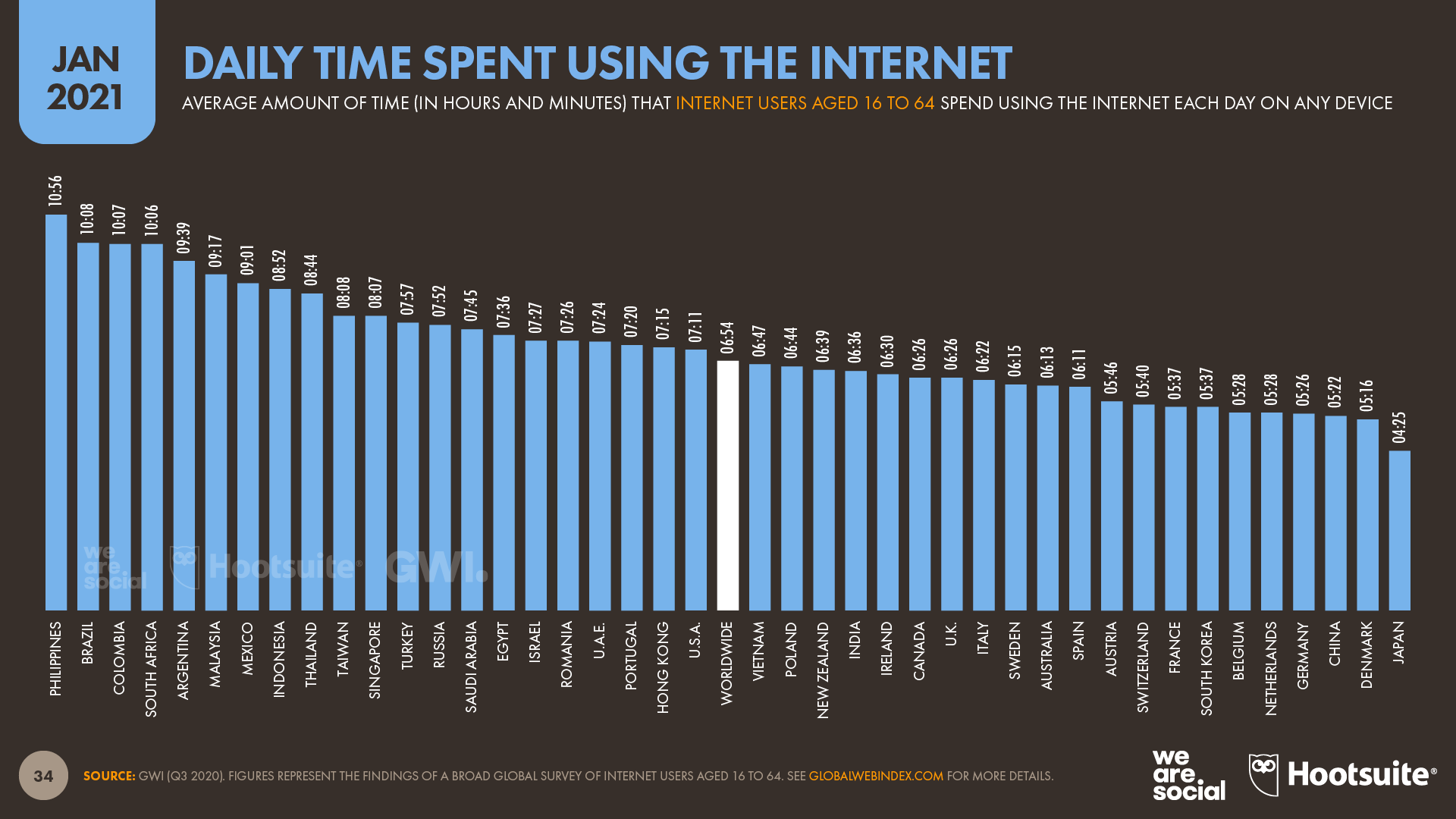 The 2021 report also revealed an increase in the worldwide average of internet use to 6 hours and 54 minutes from last year’s estimate of 6 hours and 38 minutes.

Based on the report, Filipinos also spend the most time on social media, averaging 4 hours and 15 minutes, while the average time spent worldwide is only 2 hours and 25 minutes. 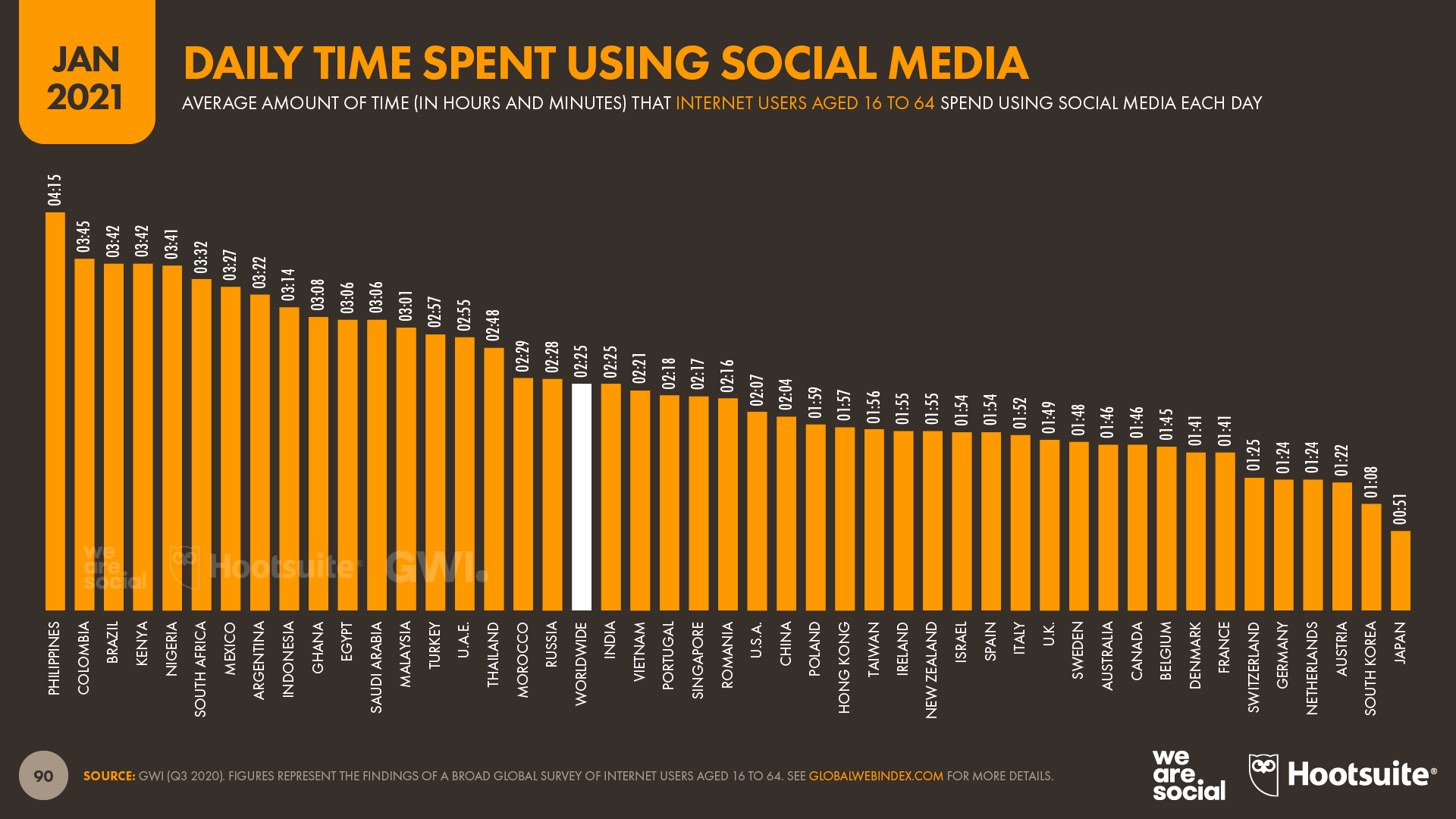 Japan falls behind in the list with an average of only 51 minutes spent on social media.

A separate report released by online marketplace OnBuy.com last year revealed that the Filipinos spend an average of 102,054 hours or 4,252 days during their lifetime on social media platforms.

Among the 45 countries included in the report, the Philippines was hailed as most obsessed with social media.