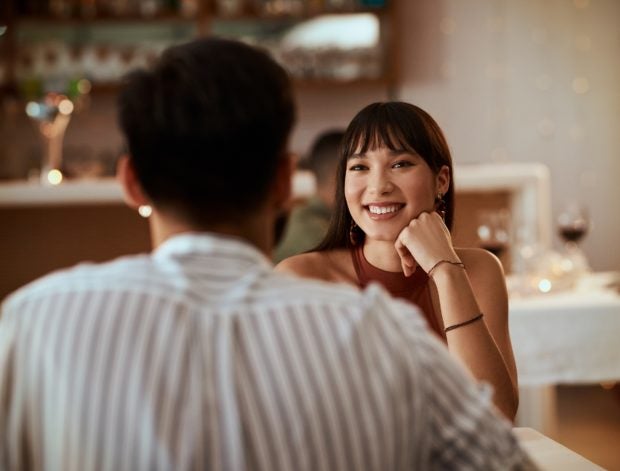 While real-world first dates have become increasingly rare since the pandemic hit, that doesn’t necessarily mean people have given up on looking for love. So, to stack all the odds in your favor, make sure you pay attention to every last detail before meeting a potential partner for the first time. In fact, a new study from researchers in Canada suggests that, on a first date, our first impressions are usually right.

Researchers at McGill University in Montreal set out to study whether the first impressions made, interpreted, and sometimes even dismissed, on first dates could accurately assess a prospective partner’s personality. Previous research has focused on platonic contexts, like casual conversations with acquaintances or classmates. But here, the researchers wanted to find out whether people can form accurate impressions of would-be romantic partners on first dates.

To find answers, the researchers invited 372 people to take part in speed-dating events in Montreal in 2017 and 2018. Before meeting their dates, participants were asked to complete a questionnaire assessing their personality and well-being. A close friend or family member was also asked to complete a questionnaire on each participant’s personality. Participants then had a series of short, three-minute dates, after each of which they rated their date’s personality.

Well-being and authenticity could be connected

The study revealed that, on average, participants’ first impressions were generally accurate in interpreting the personalities of their dates. But the researchers nevertheless explain that certain dates were easier to read than others. “Some people are open books whose distinctive personalities can be accurately perceived after a brief interaction, whereas others are harder to read. Strikingly, people who report higher well-being, self-esteem, and satisfaction with life tend to make the task easier,” explains study co-author Lauren Gazzard Kerr, a PhD student in the Department of Psychology at McGill University.

People with greater levels of well-being could be more effective when it comes to presenting themselves — in other words, their behavior may be more in line with their real personality. They may, as a result, be more authentic and true to themselves. This may come less naturally to individuals who aren’t so at ease. However, according to the researchers, the opposite effect could also be plausible, in that people who are perceived more accurately could come to experience greater well-being.

“Understanding why some people are able to be seen more accurately could help us determine strategies that other people could apply to enhance how accurately they are perceived,” concludes Assistant Professor Lauren Human. NVG

Why do we love to be scared?

How to tell a liar from their voice