The Milky Way could be swarming with aquatic planets, scientists say 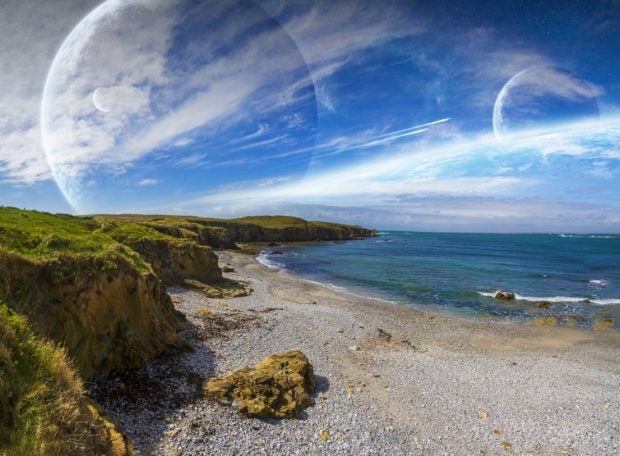 The Milky Way could be packed with planets with potentially inhabitable surfaces. At least, that’s what a team of researchers in Denmark suggest, after creating a computer model allowing them to estimate the means and the materials from which the planets in our solar system were formed.

NASA’s Perseverance rover began its exploration of Mars on Thursday, Feb. 18, keeping the whole world on tenterhooks as it landed on the red planet. While this space mission is getting underway, scientists from the University of Copenhagen have published research allowing them to suppose that water could have been a building block for all the planets in the Milky Way.

Using a computer model, professor Anders Johansen and his team have calculated the speed at which planets are formed and from which basic building blocks they are made of. The study indicates that it was tiny, millimeter-sized dust particles of ice and carbon which, 4.5 billion years ago, accreted to form the planet we today call home.

According to the study authors, the water molecule (H2O) is found everywhere in our galaxy. Based on that, the scientists suggest that other planets may have formed in the same way as Earth, Mars and Venus.

For the time being, this remains theoretical.

“If, on the other hand, it was random how much water was present on planets, the planets might look vastly different. Some planets would be too dry to develop life, while others would be completely covered by water,” said the researchers, who hope to be able to observe these phenomena more closely in the not-too-distant future, thanks to upcoming generations of space telescopes.

“The decisive point for whether liquid water is present is the distance of the planet from its star,” explained Prof. Johansen. “By observing which type of light is being blocked from the planets’ orbit around their star, you can see how much water vapor there is. It can tell us something about the number of oceans on that planet.” JB