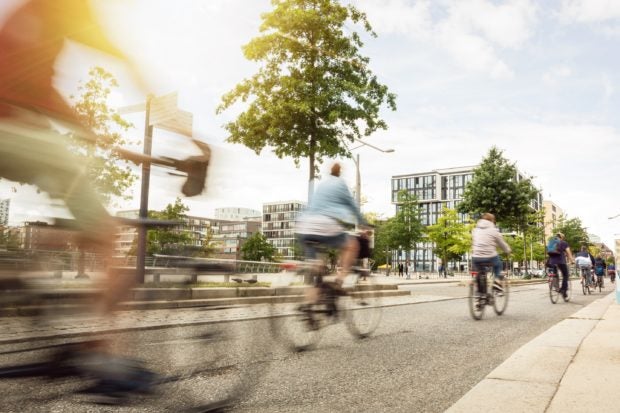 A scientific study shows that cyclists have a much smaller carbon footprint than other road users. On average, cyclists emit 84% less carbon dioxide than car or public transport users.

According to the study published in Transportation Research, the overall carbon dioxide emissions of cyclists are 84% lower than those of people who never use a bicycle. To arrive at such a result, data on daily travel activities were collected in seven European cities, including London, Rome and Barcelona.

The results show that the daily carbon dioxide emissions related to mobility are on average 3.2 kilograms of carbon dioxide per person, 70% of which comes from car journeys alone. The more cycling becomes the norm, the more this average will drop drastically, resulting in healthier air to breathe and therefore a better quality of life in cities.

This study was based on a total of 10,722 participants in seven major European cities (London, Rome, Barcelona, Antwerp, Vienna, Zurich and Örebro). JB