Users can now mute video and audio when live on Instagram 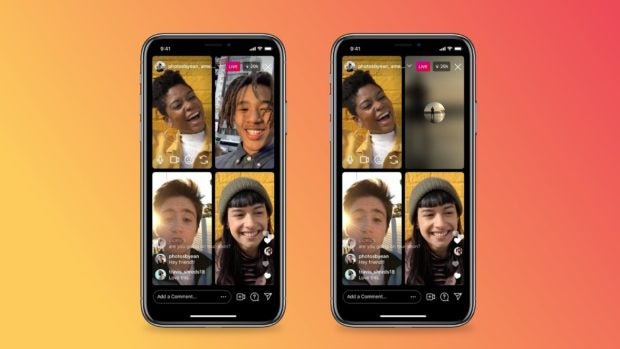 Instagram has launched two new functions in its application, letting users take a breather right in the middle of a Live broadcast. Whether muting the audio or the video, users can now cut the mic or the camera during a livestream, functions that echo the options in Clubhouse.

Could audio-only livestreams be the next big thing for Instagram influencers? Instagram unveiled two new user functions, April 29. Via channels including its official Twitter account, the Facebook-owned social network said it hoped to “normalize not always being ‘on'” by allowing users to mute their mic or camera during live broadcasts.

These new functions will give users the option of switching off their mic or camera, even if they’re already streaming live on the platform. If a user no longer wants to share their image with followers, then their profile photo is displayed instead, a handy function for dealing with the unexpected while broadcasting live.

Normalize not always being “on” 👀

Now you can mute your video or audio when you’re Live 🔇 pic.twitter.com/fgqMMKHfJi

“We want to build on our Live product and offer even more ways for our creator community to drive serendipitous, engaging conversation with each other and their audience. By giving people the option to mute their audio or turn off their video, hosts will have the added flexibility for their live-stream experience, as the added functionality could help decrease pressure to look or sound a certain way while broadcasting live,” said Instagram on Social Media Today.

These options could give ideas to Instagram influencers, who may start offering audio-only live broadcasts, echoing the audio rooms on Clubhouse. Recently, Instagram has been working on developing a host of new functions. Users can now launch Live Rooms featuring up to four people in total. The platform now also lets users save Stories as drafts and make duet videos by remixing Reels. JB