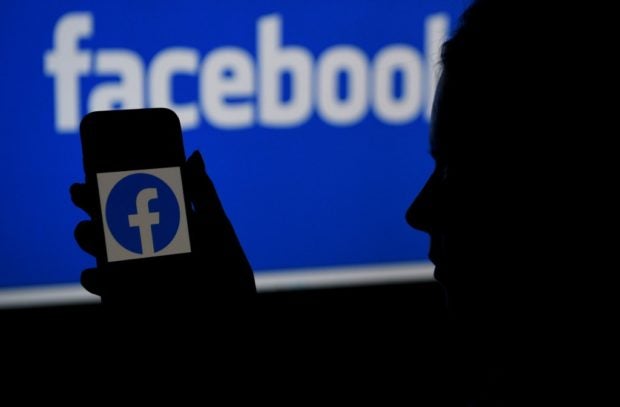 In this file photo illustration, a smart phone screen displays the logo of Facebook on a Facebook website background, on April 7, 2021, in Arlington, Virginia. Facebook said on May 19, 2021 it was making steady progress in curbing hate speech and violent content on the massive social network as it released its quarterly update on enforcing its standards. Photo by OLIVIER DOULIERY / AFP

WASHINGTON — Facebook said Wednesday it was making steady progress in curbing hate speech and violent content on the massive social network as it released its quarterly update on enforcing its standards.

The leading social media firm said refinements in artificial intelligence have helped it filter out more hateful and violent content along with bullying, inappropriate sexual material and fake accounts, among other things.

Facebook’s vice president for integrity Guy Rosen told reporters using this metric of prevalence was appropriate because “it captures not what we took down but what we missed… hate speech prevalence on Facebook continues to decrease.”

The update comes with Facebook under pressure from governments and activist groups to crack down on hateful and abusive content, along with misinformation and incitements to violence.

The latest update showed violent and graphic content was cut to less than 0.04 percent on Facebook and under 0.02 percent on Instagram, and that the company had also reduced the prevalence of other inappropriate content including nudity and sexual material.

Facebook said it was striving to enforce policies barring harmful misinformation about Covid-19 and had removed more than 18 million pieces of violating content from its platform and Instagram globally since the start of the pandemic.

Refinements to its automated technology have allowed Facebook to make progress in identifying inappropriate content not only in text, but in images and video or even memes which blend these elements, the company said.