‘Doge’ meme photos now being auctioned as NFT; proceeds to go to charities 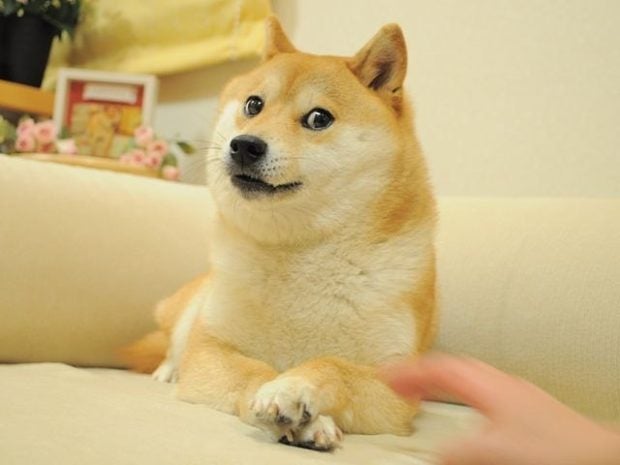 The iconic “Doge” meme, which came from a photoshoot of the beloved shiba inu Kabosu, is being auctioned as a nonfungible token (NFT).

“Never in a million years would I have imagined the impact that my photoshoot of Kabosu would have on the internet,” Atsuko Sato said of her pet via the dog’s dedicated Facebook page yesterday, June 7.

“It’s a moment that’s evolved and taken on a life of its own over the last decade — being shared millions of times and creating an entire community around the Doge meme,” she added.

The iconic meme, which has been around for over a decade now, even became the face of one of the biggest cryptocurrencies, which is aptly called Dogecoin.

Never in a million years would I have imagined the impact that my photoshoot of Kabosu would have on the internet. It’s…

“Today, I’m excited to share that I’ve minted the original meme and photoshoot images as NFTs, and will be auctioning them for charity,” Sato announced.

The auction opens today and is open to everyone around the globe, according to Sato. “Please join me in this moment of internet history!” she urged netizens.

Kabosu first made it to the internet in 2010 after Sato, a Japanese kindergarten teacher, posted several photos of her pet on her personal blog.

One of the photos, which had since become the most popular among the rest, was then used by a Redditor who created a meme using Kabosu with the caption “doge,” according to the auction site Zora.

The term “doge” was first used back in 2005 in an episode of “Homestar Runner’s” puppet show, which was titled “Biz Cas Fri 1.”

Those interested can head over to https://very.auction to bid on the beloved meme legend. It is being curated and certified by Know Your Meme, the internet meme database, as per NBC News earlier today.

“This is the first time Know Your Meme is certifying the authenticity of a meme NFT, as we were able to verify that Atsuko herself would be auctioning the photographs of Kabosu,” Know Your Meme editor-in-chief Don Caldwell was quoted as saying.

“Having interviewed Atsuko in the past, we were thrilled to be involved in this auction. Doge is indisputably one of the most beloved and iconic memes in internet history, and Atsuko herself is such a lovely person,” he added.  /ra