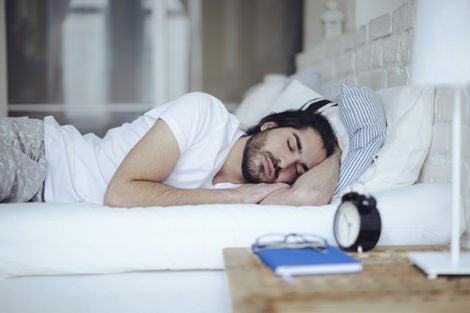 Image: IStock/Eva-Katalin via ETX Daily Up

Amazon will be able to use radar sensors for the purpose of monitoring consumers’ sleep patterns. For now, Amazon has not specified which device could potentially host this technology or when it might be released.

It’s a very mysterious kind of radar, coming to an object still unknown. Amazon has just obtained authorization in the United States for the use of radar. The proposals involve monitoring the sleep patterns of consumers, with a radar sensor able to detect movements in sleep, and allowing new contactless sleep tracking features.

On June 22, Amazon applied to the Federal Communications Commission — which regulates the airwaves — for permission to market a device that uses radar. The application concerns a three-dimensional motion capture technology.

Users could be able to control its features with very simple gestures and movements, according to the company.

Still, according to Amazon, this capability could prove useful for people with speech, tactile or mobility disabilities, and would allow sleep to be monitored with great precision.

“The use of Radar Sensors in sleep tracking could improve awareness and management of sleep hygiene, which in turn could produce significant health benefits for many Americans,” said Amazon in its file. “Radar Sensors will allow consumers to recognize potential sleep issues.”

The company did not fully describe a given device in its application, but said this would not be a mobile device and would only work plugged into a power source. The new feature could potentially be announced soon in an Echo Show, Amazon’s connected display. IB