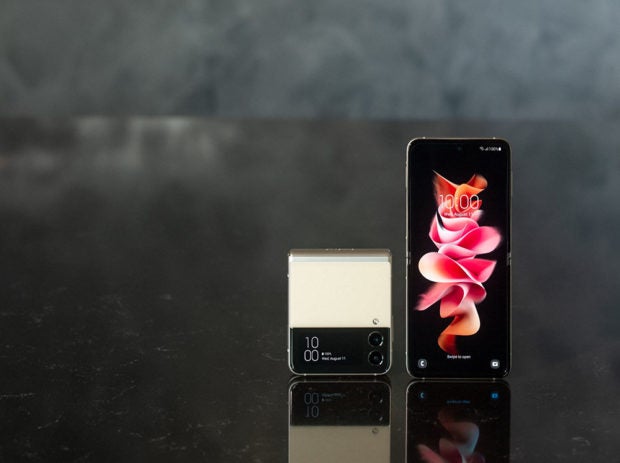 The new devices come with Samsung facing heightened competition from Chinese manufacturers including Xiaomi, which grabbed the number two position in the second quarter.

“Samsung is once again redefining the possibilities with foldable smartphones that empower users with the flexibility and versatility needed for today’s fast-paced world,” said TM Roh, head of Samsung mobile.

“These devices equip consumers with technologies that unlock new ways to maximize and enjoy every moment with an ecosystem built on openness and innovation.”

The Flip3 aims to offer an affordable foldable, and the Fold3 aims to replace the large-screen devices and will include a retractable pen that can be used on the screen.

A recent survey by the research firm Canalys showed Chinese electronics firm Xiaomi has overtaken Apple as the number two global smartphone maker in a market in turmoil due to a global chip shortage and consumers emerging from lockdowns.

The Canalys survey showed worldwide smartphone sales up 12%, with South Korea’s Samsung holding its top position with a 19% market share.

Xiaomi meanwhile surged to the number two position for the first time ever with a 17% share as sales jumped 83%, according to Canalys.

Apple dropped to number three with iPhone sales up just one percent, after getting a lift from last year’s new models.

Chinese makers Oppo and Vivo held fourth and fifth place in the global market, each with around 10%, according to Canalys.

Smartphone sales were up 11% from last year but down from the first quarter as manufacturers struggled with a global shortage of semiconductors, according to the research firm. IB