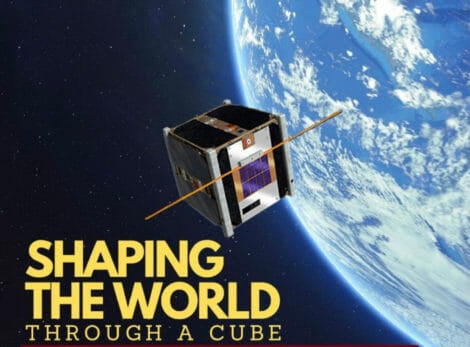 MANILA, Philippines — The University of Perpetual Help System DALTA (UPHSD) Las Piñas announced that it has partnered with two academic institutions in Malaysia and Thailand to launch a nanosatellite by 2023, which aims to gather data on marine traffic and greenhouse gases.

According to the UPHSD in a statement on Monday, it partnered with Universiti Teknologi MARA (UiTM) in Shah Alam, Malaysia and King Mongkut’s University of Technology North Bangkok (KMUTNB) in Thailand, as part of the ASEANSAT1 nanosatellite project.

“The objective of the project is to launch a nanosatellite in the first quarter of 2023 to the International Space Station, after which the satellite will go into a low earth orbit to gather data on Earth imaging, marine traffic and greenhouse gases and testing of equipment like commercial off-the-shelf global positioning system (COTS GPS) and the Anisotropic MagnetoResistance Magnetometer (AMR-MM),” said UPHSD in a statement.

Meanwhile, speaking during the project’s kickoff ceremony on March 11, UPHSD President Dr. Antony Tamayo said that the project is a milestone not just for the university but for the “the development of science and technology in the country and in the ASEAN region.”

The ASEAN or the Association of Southeast Asian Nations, refers to the political and economic union of 10 member states in Southeast Asia.

UiTM’s Mohamad Hazaimy Jusoh, on the other hand, stressed that the ASEANSAT1 can have an “immense impact” on the social and economic life of a nation, warning countries in the ASEAN region to hasten their space technology programs.

“Many corporations and countries are working to put their own satellites in space. If we don’t get involved in a space project to put our own object in space, we are not sure if there will be any space for us in space in the next five years,” he added.

Head of the project UPHSD’s Lorena Ilagan, for her part, then underscored the important role of satellites in day-to-day life.

“Some of us might not be aware of the importance of satellites in our lives. The usual everyday things we rely on… have become increasingly dependent on space technology like satellite TV, GPS systems used by smartphones, instruments and equipment for military operations, air traffic and the weather,” Ilagan said.

“Without space technology like satellites, the world would be very different from what it is today,” she added.