Everything You Need To Know About the Nvidia 4000 Series [Updated]

The gaming industry continues to push what is possible thanks to graphics cards. Soon, Nvidia may impress gamers yet again with its 4000 series of graphics cards. Will it beat competitors like the Intel Arc Alchemist and the AMD RDNA 3?

Let us find the possible answer based on current online rumors. Fans expect an RTX 4000 reveal on September 2022 because of the recent announcement teaser on its social media pages.

It mentions a “Project Beyond” ahead of the GPU Technology Conference (GTC) on September 19 to 22, featuring a keynote speech from CEO Jensen Huang. Some people speculate that an RTX 4090 launch would happen in October.

Rumored specs of the Nvidia 4000 series

Twitter user HXL leaked screenshots of an unnamed graphics card from China’s Chiphell forums. People thought this was the upcoming RTX 4090 because of its 3DMark Time Spy Extreme score of 20,192.

We cannot confirm that the images show the real Nvidia 4000 series. If it is real, the upcoming graphics card will be 90% faster than the RTX 3090.

The 4000 series will use Lovelace architecture, while the other uses Ampere. Reports indicate that Lovelace will become two times faster than the latter. As a result, the screenshots may truly feature the anticipated graphics card.

HXL also said that the card uses air cooling and is too large to fit into a mid-sized tower. You may click the embedded tweet above and see it for yourself. 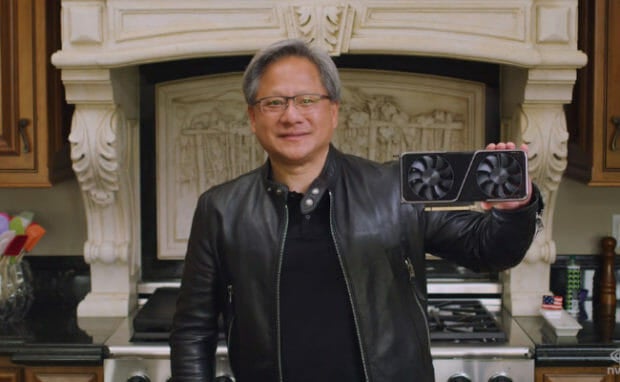 We cannot be sure about the price of this new graphics card before it launches. However, we could guess based on previous models. For example, the RTX 3090 came out with a Manufacturer’s Suggested Retail Price (MSRP) of $1,499. 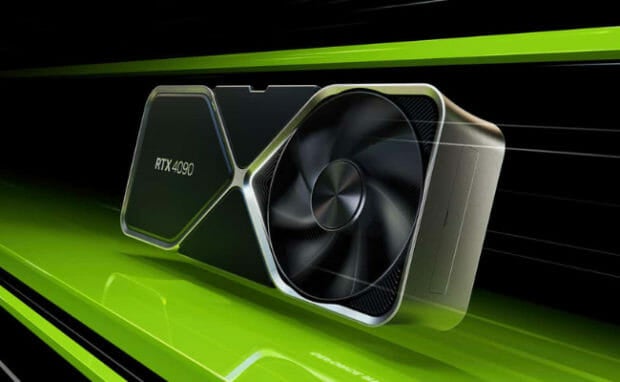 Jensen Huang announced the Nvidia RTX 4080 and RTX 4090 during his keynote speech on September 20, 2022. He revealed the specs, price, and release dates of the new graphics cards:

You may need to get a new housing unit for your PC if you want the RTX 4090. It is significantly larger than most graphics cards, almost half as large as a PlayStation 5!

If you want the RTX 4080, you might want to get the 16GB version. It has 21% more CUDA cores, a 256-width bus width, and a higher power draw. You may watch the whole keynote speech on YouTube for more details.