The Lighter PS5 Model May Come with a Detachable Disc Drive

Online rumors say that the new version of the Sony PlayStation 5 will come with a separate disc drive. They say its reduced weight may need the accessory to maintain its sleek appearance.

Second, the latest iteration seems to use 201 watts. Consequently, the new version requires 218 watts less power than the initial version.

Third, the new PS5 version has a heat pipe that spreads heat in the console. Moreover, it has modified components like a slimmer motherboard, a different fan, and more plastic parts.

The rumors also say that the PlayStation 5 Slim will have a reduced price due to the original’s price hike. It could be $100 cheaper, so it might cost $399 each.

According to Insider Gaming, the detachable disc drive will connect via USB-C. Yet, the gaming console will retain the same hardware.

The website said that the new PlayStation 5 will arrive in September 2023. This date marks three years since the console’s initial release. At the time of writing, Sony has not responded to these online rumors.

Someone made a makeshift PS5 Slim. 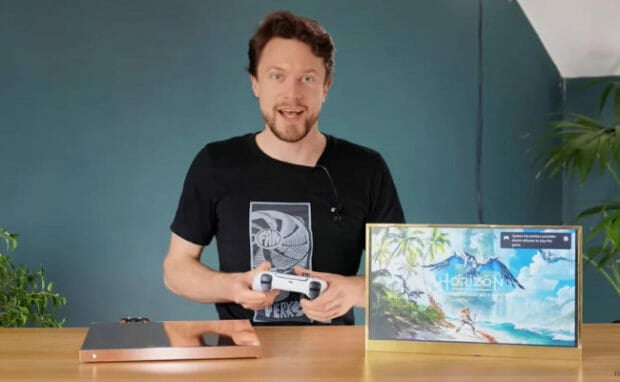 The YouTube content creator DIY Perks created a slimmer version of the original PlayStation 5. He posted a video explaining how he constructed the device.

The results were remarkable as he reduced the hulking console into a sleek metal rectangle. It was almost as small as a smart tablet! However, most people could not recreate this DIY project at home.

That is because the makeshift device needed an external power supply and water cooling system. More importantly, the project requires great skill and a budget on par with the PS5’s price.

The project shows Sony’s potential to reduce the PlayStation 5’s size. That is why some fans hope to see a similar product next year.

If you have not bought the current PS5 version, that might be for the best. You may spend that money on the upcoming version instead.