Nvidia blog author Bryan Del Rizzo said, “We are investigating the reports. We are in contact with the first owner and will be reaching out to the other for additional information.”

The company coordinated with the original poster and said it would reach out to the second. It has not determined the exact cause of the issue at the time of writing. 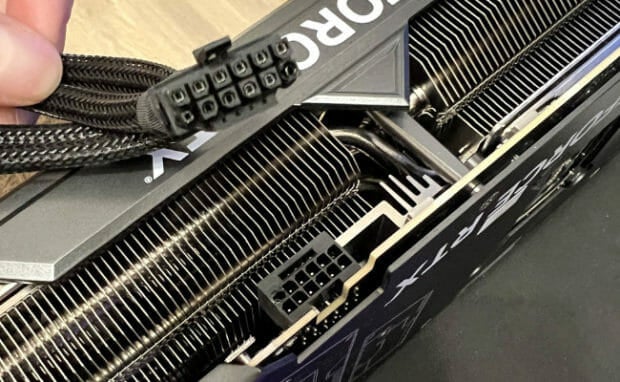 Redditor reggie_gakil posted an image on r/nvidia titled “RTX 4090 Adapter burned” on October 25, 2022. It featured a photo of the melted connector.

Then, a second Redditor named NoDuelsPolicy replied that reggie_gakil was not the only one with the issue.

He said he was playing the MMORPG Black Desert when his screen went black. Meanwhile, all the fans in his computer started spinning at full speed.

In response, NoDuelsPolicy turned off the machine and checked the issue. He concluded that the power adapter sustained damage.

He noted that his graphics card was the Asus RTX 4090 TUF Gaming – OC Edition. Also, the Reddit user added a link to an image of the damaged device.

Potential fixes for the power cables 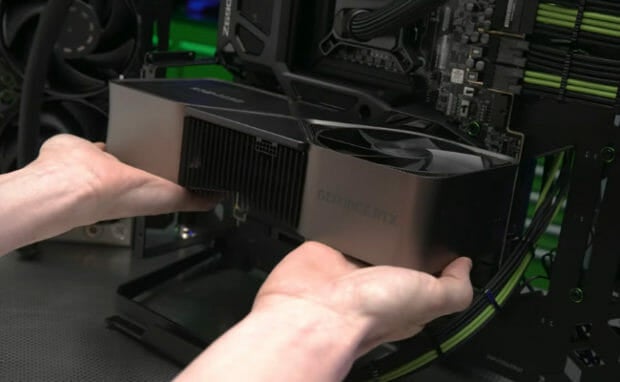 Nvidia started using a 16-pin power connector for its RTX 3090 Ti graphics cards. Now, the 12VHPWR connector has become the standard for the RTX 4000 series GPUs.

However, some people voiced concerns about the new connectors. PC cable delivery website CableMod noted that the 12VHPWR works with ATX 3.0 power supplies.

Its connector and terminals are smaller than the previous generation.  Thus, CableMod noted, “it appears that bending the wires too close to the connector could result in some of the terminals coming loose or misaligning within the connector itself.”

The website said people should avoid bending the connector. Instead, they must maintain a minimum distance of 35mm before bending them vertically or horizontally.

However, the advice is more difficult in practice. The RTX 4090 is almost as large as the current PlayStation 5 gaming console.

It would be hard to provide enough space for the cables. As a result, people would likely have to bend the Nvidia RTX 4090 power cables closer than the recommended distance.

Two Reddit users reported that their Nvidia graphics card connectors allegedly melted and burned during use. In response, Nvidia has been coordinating with them.

There have been no further developments at the time of writing. Nvidia has not confirmed or denied responsibility for the issue. Also, it has not stated that it is a widespread issue.

Focusing on specs like RAM is not enough. You should also maintain your PC temperature. Also, you should read more Inquirer Tech articles for more helpful tips.