Sony and Honda May Integrate PS5 Into Their Electric Car

What if you can play video games in your car while driving safely? Sony and Honda may provide that service by integrating a PlayStation 5 into an electric vehicle.

In other words, they will release an EV with a built-in PS5. However, the joint project will require powerful autonomous driving systems that exceed competitors.

The car manufacturer and the gaming company are optimistic about developing the tech soon. They expect to release the electric car with PS5 by 2025.

How will Sony and Honda integrate a PS5 into a car? 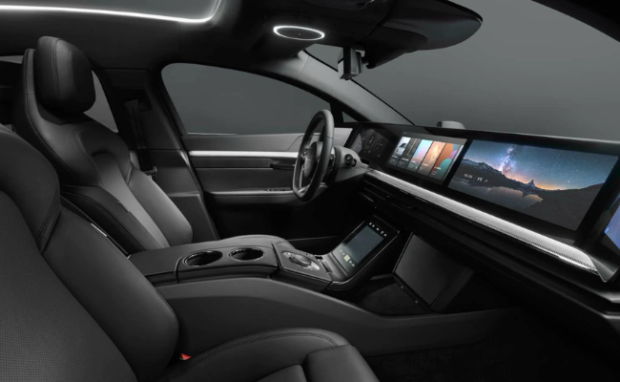 Izumi Kawanishi, Sony and Honda’s joint project president, told the Financial Times that integrating a PS5 into a vehicle is “technologically possible.”

Yasuhide Mizuno, chairman of Sony Honda Mobility, added they plan to “develop a car as hardware that will cater to the entertainment and network we would like to offer.”

More importantly, they want to make a self-driving vehicle so drivers can play the console safely. Kawanishi said, “To enjoy the space in your car, you have to make it a space where you don’t need to drive.”

Sony would provide the entertainment features, while Honda would create the car to house them. Moreover, the former has shown what the collaborative project might look like.

In 2020, Sony revealed its Vision-S 01 concept. Its dashboard had several screens that may soon house the built-in PS5 console.

Also, the company spread more than ten sensors around the Vision-S 01. Sony and Honda hope their entertainment-first self-driving car will set them apart from competitors.

Still, realizing the project could be a monumental task. Other car companies offer electric vehicles with built-in gaming features but fail to offer fully autonomous capabilities.

For example, Tesla cars have tablet-style dashboards that connect to the internet. It offers access to game-streaming services like NVIDIA GeForce Now.

Elon Musk’s car company still struggles to make its vehicles completely autonomous. Yet, Sony and Honda hope to release their final product by 2026.

Honda and Sony plan to release an electric car with a PlayStation 5 inside. However, they would need to develop state-of-the-art systems so that the vehicle would drive itself safely.

Gearheads have a lot to look forward to in the coming years. For example, Tesla says it will release the Cybertruck in late 2023.

Do you want to know more about what’s in store for the future of technology? Read more Inquirer Tech articles to see for yourself.