The future of artificial intelligence requires more powerful hardware to realize its potential. Nvidia and Microsoft will meet that need by building an “AI supercomputer.”

Contrary to popular belief, it will not be for running the latest games in ultra-high quality. Instead, these tech firms will enable other companies to create AI solutions.

Businesses will use that computer to build and test AI products. Also, Nvidia claimed it would use the computer to create new content like photos and videos. 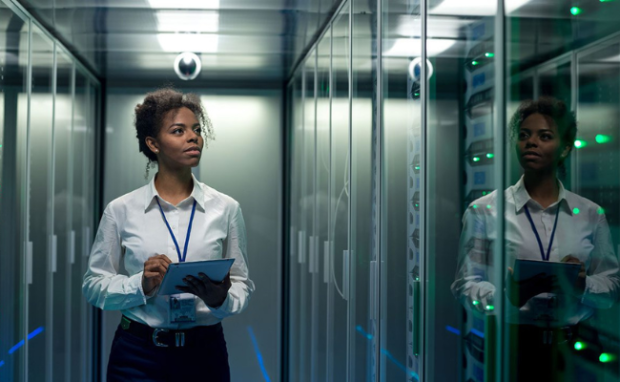 Microsoft has been expanding its AI capabilities lately. Two years ago, it partnered with OpenAI to create an “AI Supercomputer” hosted by the Microsoft Azure cloud server.

The Windows maker said it contains more than 285,000 processors and 10,000 graphics cards. As a result, it became one of the largest supercomputer clusters worldwide.

In 2022, Microsoft and Nvidia signed a deal to build a new supercomputer. It would also run on Azure using Nvidia GPUs.

“Our collaboration with Nvidia unlocks the world’s most scalable supercomputer platform, which delivers state-of-the-art AI capabilities for every enterprise on Microsoft Azure.”

Nvidia said it would use the computer to improve AI art generation. Meanwhile, Microsoft will use the joint project to reduce memory usage and computing power when training AI.

Artificial intelligence involves machine learning. It follows a set of rules or algorithms to create content from millions of content samples.

Nowadays, most people are familiar with AI art generators like Stable Diffusion. It even sparked discussions for AI copyright as more claims appeared.

With their joint supercomputer project, Nvidia and Microsoft will take AI research to the next level. Contrary to popular belief, artificial intelligence benefits our lives every day.

For example, it helps the research and development of vaccines. Also, businesses worldwide use AI marketing nowadays.

Imagine what you can do with the latest technology. Discover that potential by following the latest news and updates from Inquirer Tech.