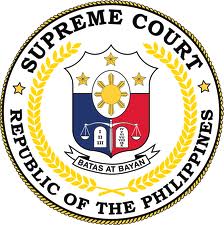 MANILA, Philippines—The National Union of Journalist of the Philippines, Philippine Press Institute, Center for Media Freedom and Responsibility and various journalists and bloggers joined the call for the Supreme Court to strike down as unconstitutional Republic Act 10175 or the Cybercrime Prevention Act of 2012.

In its petition for certiorari, prohibition and injunction, petitioners told the high court that in the alternative, it strike down Sections 4[c][4], 5, 6, 7, 12, 19, 21, 24 and 26 [a] which are provisions that infringes on the rights of the public.

Petitioners also asked the high court to stop the release of P50-million which will be used for the implementation of the Cybercrime Law.

“Far from complying with the State Policy in Article II Section 24 of the 1987 Constitution that ‘recognizes the vital role of communication and information’ and advancing the use of technology to expand the space for creative, imaginative and progressive use of information and communications technology, the law [RA 10175] demonizes technology, views cynically the space for democratic expression using social media and establishes an authoritarian regime within the space that was, until the passage of RA 10175, the freest and most democratic. The law, if allowed to stand, will usher in yet another darkness,” petitioners told the high court.

Petitioners questionable provisions of the law violates freedom of expression, makes this law a Bill of Attainder, violates the right to due process and equal protection of the law and the guarantee of protection against double jeopardy, right to privacy.

This is the 9th petition filed with the Supreme Court.