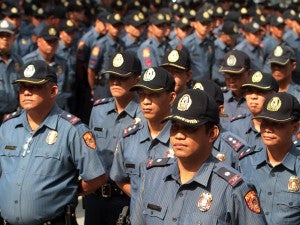 MANILA, Philippines – The Philippine National Police (PNP) is looking at using the social media to make it easier for the public to report crimes to police authorities.

The PNP chief, Director General Alan Purisima, said the idea of the police going online was prompted by a data report showing a significant number of crime victims do not report their ordeal to authorities for several reasons, of which includes inaccessibility to police stations.

“For example, when somebody was victimized by a robber, he or she doesn’t report it anymore because the police station is too far. But these reports are needed by us,” he said in Filipino.

The figures that will be derived from these reports, the PNP official said, can be used as reference for the number of police officers a particular area needs.

He said attention will be directed to other areas if the records would be incomplete.

With this, Purisima said he is looking at using Twitter as venue for easier reporting of crime incidents, adding that he has tasked the Directorate for Police Community Relations to work on the idea.

Announcements will be made soon, he said.

In its mid-year report of accomplishments, the PNP said it has arrested 16,661 wanted criminals in police operations.

Ten were killed and 131 others were forced to surrender.

The arrested wanted persons included fugitives listed as Most Wanted with hefty bounties on their heads, Purisima said.

He also said 75 organized crime groups have been neutralized. Almost 500 members of these crime syndicates were put behind bars.

More prominent among these neutralized criminal gangs were the Batangas-Romblon-Leyte (BLR) Group, believed involved in bank robberies in Metro Manila and nearby provinces.

Six members of the gang led by Rex Borinaga were arrested on May 3 while reportedly casing a bank branch on the West Service Road in Sucat, Parañaque City; the Martinez carjacking gang allegedly led by Juan Martinez who was arrested in Masbate City along with three gangmates on May 8, 2013; four arrested members of a gun-for-hire group believed responsible for the assassination of a village councilor in San Pablo City on April 5.

TOPICS: Crime, nation, News, PNP, Twitter
Read Next
Japan’s NEC to pull out of smartphones—report
EDITORS' PICK
World-standard accounting: Unlocking your financial potential
Chatting with companions, answering calls on MRT 3 trains banned
Navotas will be on lockdown from July 16 to 29 – Tiangco
Water remains our saving grace right now
COVID-19 wards in 2 more hospitals reach full capacity
Defend Your Health! Shop health essentials from home with Rose Pharmacy’s Online Sale
MOST READ
Vilma Santos-Recto ‘prepared’ to face ‘consequences’ over ABS-CBN franchise vote
‘I am not my father,’ says daughter of lawmaker who voted to deny ABS-CBN franchise
Did a meme get on Agot Isidro’s nerves? She’s asking ’24 Oras’ to fact-check it
In slap on face of PH, China replies to Locsin on tribunal ruling: It’s invalid
Don't miss out on the latest news and information.