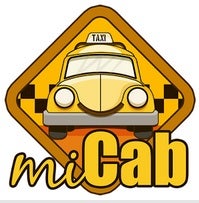 CEBU CITY—Commuters can now avail themselves of a new taxi service with just a press of a button.

Three Cebuanos—Kenneth Baylosis, Keith Levi Lumanog and Eddie Ybanez—have developed an application that will help commuters who are Android users get a cab hassle free.

The MiCab application allows the user to request for a taxi.

By tapping on the application, a signal is sent to available smartphone-equipped cabs within a 2-kilometer radius.

To make it effective, the Cebu City Traffic Operations Management (Citom) plans to distribute 500 Android smart phones to cab drivers in the city.

“This is [also] one way of reducing the clumping of taxis in the city and to help ease the traffic,” said Citom executive director Rafael Yap. “This is not an enforcement tool.”

Micab and Citom recently signed a memorandum of agreement to launch the taxi service smartphone application.

After downloading the Micab app, users should key in basic personal information for recognition purposes.

The user will then get a confirmation message from a taxi driver who will proceed to his or her location.

For using the app, the passenger will pay a minimal P5 on top of the taxi fare.

Micab chief executive officer Bobby Suson told reporters that the group was also developing the SMS feature of Micab so that users without Internet connection would still be able to use its services.

The project is part of the technical grant provided by the United States Agency for International Development,  Korean ICT and the World Bank for the Cebu City government to help manage traffic.

Traffic in Cebu City has increased due to robust economic activity.

Yap said the grant from USAID was also part of the related packages on the implementation of the Bus Rapid Transport (BRT) system.

Last July, Citom put up www.cebutraffic.org for Cebuanos to be able to access information on Cebu’s traffic situation.

The site gives Internet users an idea of traffic movement in a specific road based on data provided.