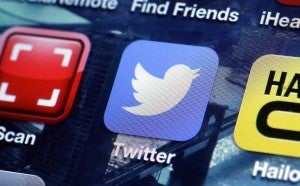 WASHINGTON – How does a company that has lost millions since 2010 and never made a profit raise $1.6 billion in a public offering and reach a value of some $11 billion?

Say hello to Twitter, which could become the next behemoth in the new world of technology – or another flash in the pan.

“What Twitter believes is that they have a massive opportunity to become a ubiquitous global platform and they are spending ahead of that,” said Lou Kerner, founder of the Social Internet Fund, an investment firm specializing in social media.

“If they achieve that, they will be massively valuable, and if they don’t, it is massively overpriced.”

The popular messaging platform, which could make its stock market debut in the early days of November, seeks to raise as much as $1.6 billion.

The IPO suggests a market value for the social network of between $9.3 billion and $11.1 billion – a conservative amount compared to estimates by some analysts.

Kerner said Twitter is losing money because of its investments in technology and people, taking the long view that it could grow from a niche service – with some 232 million users around the world – to one much bigger.

The key is getting more users – or “eyeballs” in tech language – on the service on a regular basis.

“If they can get the eyeballs, they can monetize them,” Kerner said.

But he added that “the simplicity which makes Twitter compelling also makes it vulnerable to risk,” which could see rivals such as Snapchat or others overtake it.

The research firm eMarketer estimates that Twitter will bring in $582.8 million in global ad revenue this year, and nearly $1 billion in 2014.

Michael Pachter, head of equity research for Wedbush Securities, said Twitter has a unique product and is poised for massive growth.

“They have barely scratched the surface,” Pachter told AFP. “They have attracted about 10 percent of the interesting people in the world who should be on Twitter.”

Pachter said he sees no real competition for Twitter because it has “critical mass,” with no other platform threatening it.

Aswath Damodaran, a New York University finance professor, said Twitter’s investments for research and development are the reasons for its losses “and capitalizing that value does make the company very mildly profitable.”

But “it remains a young company with significant growth potential in a competitive market,” Damodaran said in a blog post.

Looking 10 years out, he sees Twitter revenues in 2023 of $11.2 billion and the operating profit margin of 25 percent.

This suggests an “underpricing of 20 percent,” which he said seems to be an intentional long-term strategy.

“The existing investors in Twitter… are willing accomplices in this pricing process, who view the loss on the opening day as a small cost to pay for a more lucrative later exit,” he said in a blog post.

Twitter began advertising in the form of “promoted tweets” in 2011 and has been finding new ways to expand this, with ads targeted to user interests.

Twitter’s influence may be disproportionately high because of the large number of celebrities, journalists and world leaders who use the platform.

Yet Twitter could fall flat like some other former tech stars, argues Trip Chowdhry at Global Equities Research, claiming that the IPO documents are short of key details, such as the competitive threats.

Just in the past days, Twitter announced a revamp of its page feeds to become more visual, which some say make it more like Facebook, or Instagram for mobile users. Another advantage is that this creates an opportunity for display-type advertising, which could be a major revenue source.

But Chowdhry said Twitter “will need to spend a huge amount of money investing in data centers to catch up with the visual aspects of the social networks to remain competitive with Google, Facebook and Yahoo.”