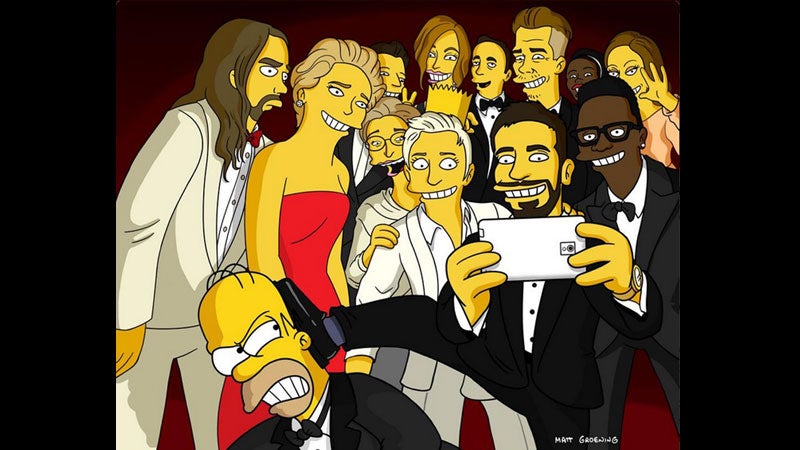 A YELLOW SELFIE Simpsons creator Matt Groening gave his own version of the Oscars selfie with Bart partially hidden and Homer being kicked to keep out of the photo. Screengrab from The Simpsons Twitter account

Groening’s version, which was posted on the official Twitter page of The Simpsons Wednesday morning, features all of the original actors, with the addition of characters Bart Simpson, whom a Simpsonized Meryl Streep blocked, and Homer Simpson, whom Bradley Cooper kicked to get out of the photo.

Degeneres’ selfie, which was the cause of Twitter’s crash, was retweeted 3.2 million times to surpass the former record of 781,000 from Barack Obama’s page after the United States President won for his second term.