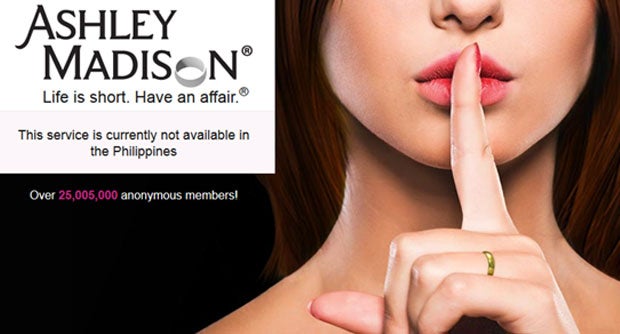 TOKYO— Ashley Madison, the world’s biggest online hookup site for married people, works only when monogamy is the rule on the surface but, deep inside, couples want to cheat. That’s why it is scoring big in Japan.

The nation that prides itself on conformity and proper appearances reached a million users in eight and a half months, the fastest pace among any of the 37 countries where the adultery site operates. The previous record was Brazil at 10 months. The U.S., which has the biggest number of users at 13 million, took a year to achieve the one million mark. Spain took nearly two years.

Extramarital sex and affairs are not new to Japan, but a site such as Ashley Madison is a “a leveling out of the playing field” for women, said Noel Biderman, chief executive of Avid Life Media Inc., which operates AshleyMadison.com. There is a tradition of wealthy men taking mistresses in Japan and its male dominated society has provided plenty of outlets for married men to find casual sex.

The divorce rate in Japan is relatively low at about two cases per 1,000 people vs. four cases in the U.S., although sinking marriages rates in Japan also lower the divorce numbers. In the 1960s, divorces were even rarer, with fewer than one per 1,000 people.

With its slogan, “Life is short. Have an affair,” Ashley Madison has drawn nearly 25 million users worldwide since being started in Canada in 2002. It now has 1.07 million users in Japan after opening here in June last year.

Biderman, who is in a monogamous marriage and has two children, insists the social network is just a tool and no one can force anyone to betray a spouse. A friendly uninhibited man with quick answers to almost any question about infidelity, he doesn’t shy from declaring he would cheat if his marriage were sexually unsatisfying.

A small but significant portion of users around the world don’t have affairs and merely flirt in “fantasy dates” in cyberspace, according to Ashley Madison.

Singles can join but only if they are willing to get together with married people. Women can use the services for free.

Revenue comes from charging the male users. A package of 100 credits costs 4,900 yen ($49), which allow connections with 20 potential partners. Credits are also used for gifts to woo potential lovers, such as virtual flowers. The privately owned company had profit of about $40 million last year. Is revenue was about $125 million, up from $100 million in 2012.

Ashley Madison has not been warmly welcomed everywhere in Asia.

Singapore’s government blocked access to the site ahead of its launch there late last year amid a public outcry, lambasting the service as a “flagrant disregard of our family values and public morality.”

The nation that invented the geisha, Japan is no newcomer to the cheating game.

It already has a host of online encounter sites called “deaikei,” which means “meeting people.”

”Soap land” is a real place, where scantily clad women give massages and more. “Love hotels,” the official place for secret flings, are a booming business.

Nobuyuki Hayashi, a technology consultant and writer, is not surprised Ashley Madison is a hit. Japanese have little resistance to engaging in hanky-panky with strangers, and have relied on cell-phone and other social networking technology to hook up, he said.

And with the long “salaryman” hours typical in corporate Japan, immediate gratification becomes crucial, he said.

“If you are successful in Silicon Valley, you might go and buy a jet. Here in Japan, there aren’t that many great ways to have fun and so men go and splurge at a caba-club,” said Hayashi, referring to flashy hostess bars.

In a survey this year by Ashley Madison of more than 3,500 Japanese users, the top reason for seeking an affair was simple: “Not enough sex” in their lives.

While about a fifth of the respondents in the global sample said they felt guilty about having an affair, Japanese felt almost no qualms at all. Only 2 percent of the women and 8 percent of the men acknowledged guilt.

Since the survey sample is self-selecting its findings can’t be extrapolated to the broader population. But Japan is not immersed in the Judeo-Christian morality prevalent in Western nations, and prides itself on a culture that celebrates the art of seduction such as “The Tale of Genji.”

“The reason people have affairs is that they want to stay married,” said Biderman, noting there’s a lot at stake in a marriage such as social status, jointly owned property, maybe children. A divorce might be messy, even difficult depending on the laws.

Underlining Biderman’s view, 84 percent of Japanese women in the survey believed an affair worked as a plus for their marriage.