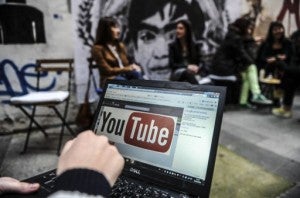 Turkey’s constitutional court ruled Thursday that the ban on YouTube violated individual rights and freedoms, clearing the way for access to the service to be revived following a two-month ban.

Transportation Minister Lutfi Elvan, who is also in charge of communications, said the court decision had not yet reached the relevant government agencies.

“What is needed will be done after the decision reaches” the country’s telecommunications authority, he was quoted as telling local media on Sunday.

A government official said this week that access to YouTube would be restored once government agencies were informed of the court verdict.

YouTube has been banned in Turkey since March 27 after the site was used to leak a top-secret security meeting, which featured top government, military and intelligence officials discussing war scenarios inside neighbouring Syria.

The government scapped a similar ban on Twitter which was blocked in March after it had been used to spread a spate of anonymous leaks implicating Prime Minister Recep Tayyip Erdogan and his key allies in corruption.

The Internet bans ahead of March local elections, in which Erdogan’s ruling party won a decisive victory, have been criticized as a step backward for Turkey’s democracy.