Beyond bashing: What netizens thought about Revilla speech according to Malacañang 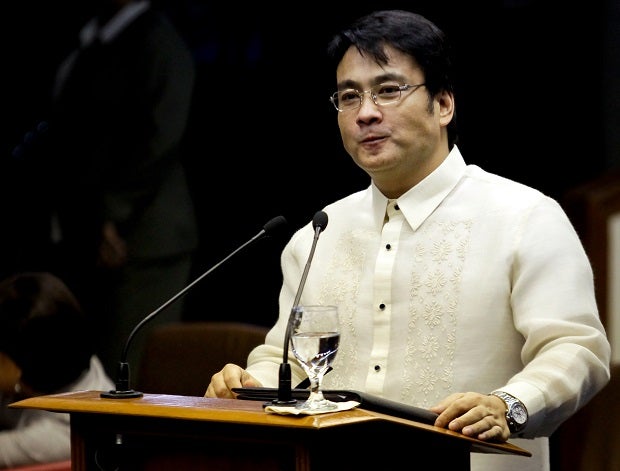 MANILA, Philippines—Malacañang on Tuesday revealed that based on online comments of 2,751 respondents, 99.93 percent found Senator Ramon ‘Bong’ Revilla Jr.’s speech not to their liking while a measly 0.7 percent said they supported the senator. But just how exactly did the netizens view Revilla, his speech and his music video?

The beleaguered lawmaker gave a privilege speech on Monday to deny his involvement in the pork barrel scam, urge President Benigno Aquino III to end the political mudslinging, and share his original song composition to the public.

Communications Secretary Herminio Coloma Jr. said, “The overwhelming trend is negative and we agree with our bosses.”

Malacañang made available the breakdown of netizens’ sentiments: 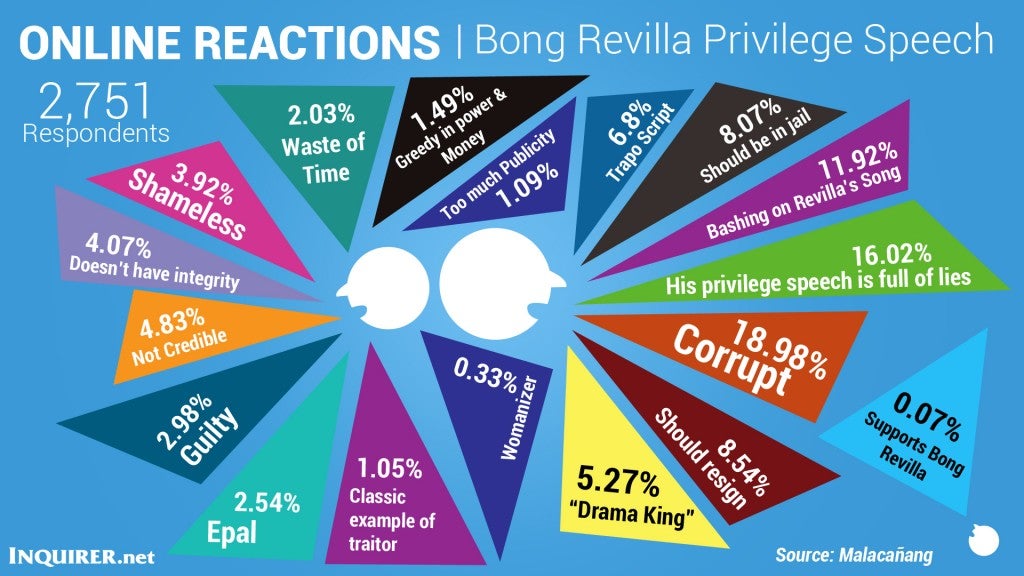 Asked what he thought about Revilla’s singing, the spokesperson said it was still covered by the freedom of expression.