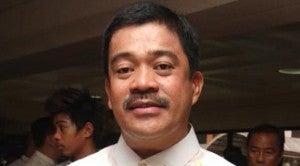 Television reports said an “anti-selfie” bill was filed in the House of Representatives.

The term stemmed from Bayan Muna Representative Carlos Zarate’s statement saying the bill creates a “chilling effect on the media.”

“At the onset, HB 4807 will create a chilling effect on media and would especially affect citizen journalism particularly those who are trying to expose graft and corruption in government,” Zarate said.

The bill said it is unlawful to trespass on the privacy of a private person for commercial purposes.

The bill states that any person who “willfully intrudes into the personal privacy of another, without the consent of that person and with the intent to gain or profit therefrom, shall be civilly liable to the offended party.”

Examples of intrusion to one’s privacy are capturing by camera or sound recording device the “physical impression” of a person by trespassing on private property, or even when no physical trespass occurred.

The bill also allows the offended party to file a civil action against the intruder.

Zarate said “even an innocuous selfie with public figures inadvertently caught at the background would be liable for ‘intrusion of privacy.'”

“It would punish with civil action taking photos, video or even audio recording anything claimed as a personal or  family matter even of public officials and  personalities…This is absurd and we urge our colleagues to reconsider,” he added.

Even the bill’s author was surprised.

Cagayan De Oro Rep. Rufus Rodriguez said the bill did not even mention the word “selfie.”

How stars cope with bashers, haters and paparazzi