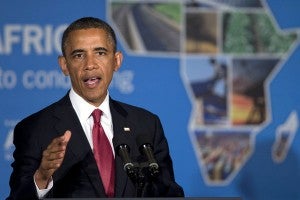 Obama encouraged American chief executives on Wednesday to speak out about China’s behavior.

Obama says the U.S. can have a win-win relationship with China. He says his recent visit shows China wants a constructive relationship, too.

But Obama says the U.S. has told China there are some things that must be fixed and is pressing Beijing on cybersecurity and cyber theft.

Obama also says Chinese President Xi Jinping has consolidated power quickly and is tapping into a sense of nationalism that worries China’s neighbors. He’s pointing to disputes over contested islands in the East China Sea and South China Sea.

China says willing to work with US against hacking