Cyber security threats to watch out for in 2015 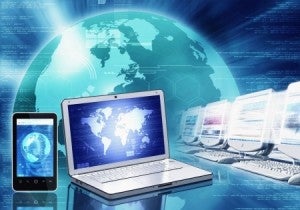 MANILA, Philippines—Cybercriminals will continue to pose threat this 2015 as they are “growing in confidence,” Kaspersky Lab, a leading developer of secure content and threat management, said.

Kaspersky said that aside from financial cybercrime, 2015 is also likely to bring even more privacy concerns, security worries about Apple devices and renewed fears about connected devices to prevent hackers using tools like network printers to penetrate corporate networks.

This year’s insights or what to expect:

During a recent investigation, Kaspersky Lab’s experts discovered an attack in which an accountant’s computer was compromised and used to initiate a large transfer with a financial institution.

It represented the emergence of a new trend: targeted attacks directly against banks. Once attackers get into a bank’s network, they siphon enough information to allow them to steal money directly from the bank in several ways:

Attacks against cash machines (ATMs) seemed to explode last year with several public incidents and a rush by law enforcement authorities globally to respond to this crisis.

As most of these systems are running Windows XP and also suffer from frail physical security, they are incredibly vulnerable by default.

“In 2015, we expect to see further evolution of these ATM attacks with the use of targeted malicious techniques to gain access to the ‘brain’ of cash machines. The next stage will see attackers compromising the networks of banks and using that level of access to manipulate ATMs in real time,” said Alexander Gostev, chief security expert at Global Research and Analysis Team of Kaspersky Lab.

The team expects criminals to leap at every opportunity to exploit payment systems.

These fears can also be extended to the new Apple Pay, which uses NFC (Near Field Communications) to handle wireless consumer transactions.

This is a ripe market for security research and we expect to the appearance of vulnerability warnings about weaknesses in Apple Pay, virtual wallets and other virtual payment systems.

“The enthusiasm over the new Apple Pay is going to drive adoption through the roof and that will inevitably attract many cybercriminals looking to reap the rewards of these transactions. Apple’s design possesses and increased focus on security (like virtualized transaction data) but we’ll be very curious to see how hackers will exploit the features of this implementation,” Gostev added. NC
RELATED STORIES