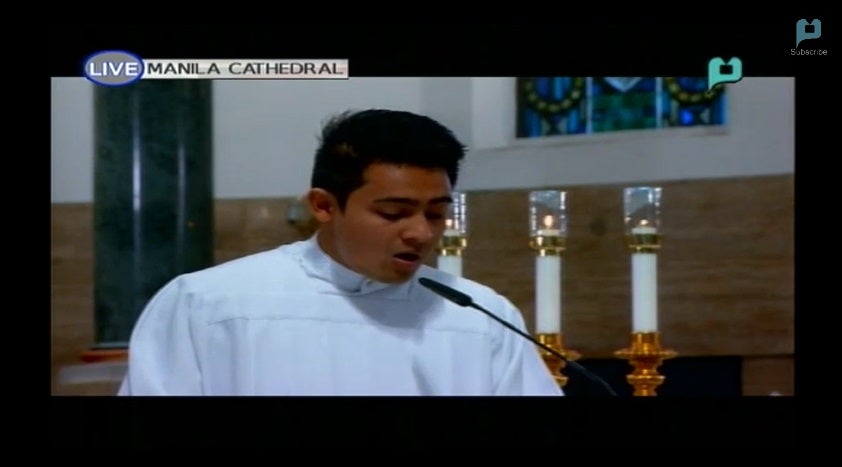 The responsorial psalmist who became a favorite topic of netizens during the first mass of Pope Francis in the country. Screen grab from PTV’s YouTube account

MANILA, Philippines—The mood inside the Manila Cathedral during Pope Francis’ first mass in the country may be solemn, but online, netizens sent a collective gush over the “cute” responsorial psalmist.

Many Netizens said on their Twitter accounts that they were distracted by the “good looks” of the psalmist who sang “Forever, I will sing of the goodness of the Lord,” while others said that they should keep their focus on the mass and the Pope instead of the psalmist.

Netizens have identified the psalmist as Sem. Kenneth Rey Parsad, a theologian from the Diocese of Bangued, comparing it to the same seminarian posted on the Benavides Online, the official online publication of the University of Santo Tomas’ Central Seminary.

Pope Francis is in the Philippines for a five-day visit. AD