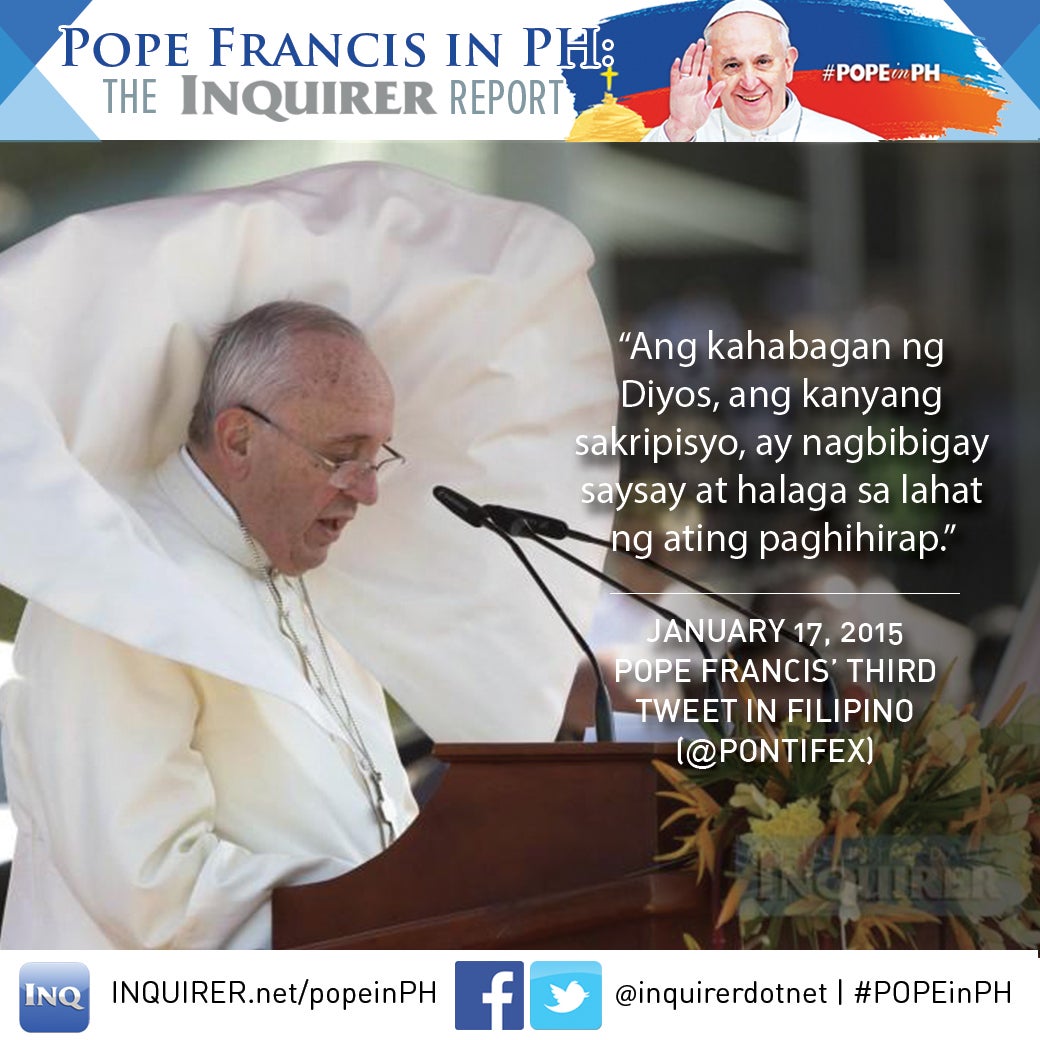 MANILA, Philippines—Pope Francis posted another tweet in the Filipino language on Saturday, his third since arriving in the country on Thursday.

The com-passion of God, his suffering-with-us, gives meaning and worth to our struggles and our sufferings.

The English translation of the tweet was posted earlier: “The compassion of God, his suffering-with-us, gives meaning and worth to our struggles and our sufferings.”

The Pope was in Leyte on Saturday morning to visit the survivors of Supertyphoon “Yolanda.” 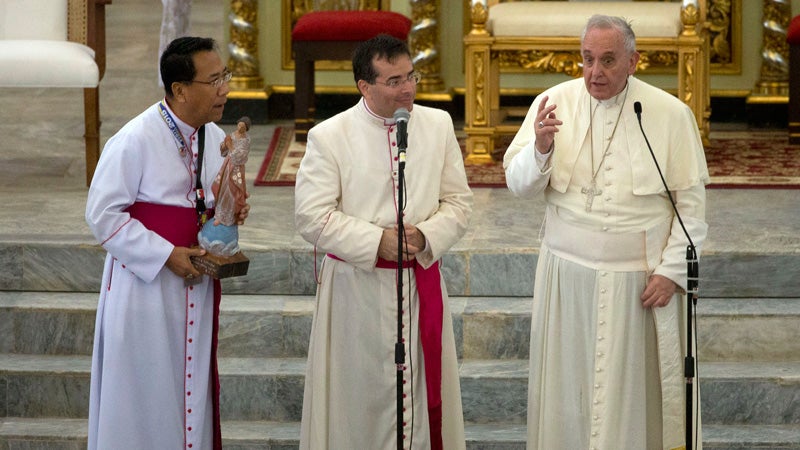 Pope Francis, right, talks in the Cathedral of Palo, as Bishop John Du, left, listens to him in Tacloban city, Philippines, Saturday, Jan. 17, 2015. Francis traveled to the far eastern Philippines to comfort survivors of devastating Typhoon Haiyan in 2013 on Saturday, but cut his own trip short because of another approaching storm. (AP Photo/Alessandra Tarantino)