‘Cute psalmist’ on priesthood: Whatever God’s will is 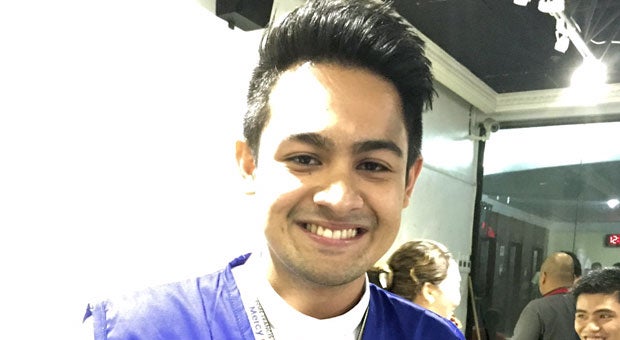 MANILA, Philippines—The “cute responsorial psalm guy” during the papal Mass in Manila Cathedral may have become a social media celebrity but it will not deter him from pursuing priesthood.

“That’s what I want, to become a priest. But I hope that’s also the Lord’s will for me,” Kenneth Rey Parsad told INQUIRER.net in an interview.

Many netizens swooned over the 22-year-old’s good looks when he sang the responsorial psalm in one of the Masses celebrated by Pope Francis during his five-day visit to the Philippines.

“Forever, I will sing of the goodness of the Lord,” Parsad had said in front of thousands of devotees, dozens of clergymen and the Pope himself.

Like millions of people who wanted to catch a glimpse of Pope Francis, Parsad also waited for the Pontiff to at least glance in his direction.

The third year theology student of the University of Santo Tomas Central Seminary said his heart was beating fast as he was about to sing the Prayers of the Faithful.

“I told myself, all I need is to deliver the song for everyone to understand every word and every sense of the song,” he said.

Little did he know that people watching the Mass on television took to Twitter to express their admiration for the “cute psalmist.” Some, however, disapproved of the attention, saying people should have kept their focus on the Mass and the Pope.

Getting picked to sing for the papal Mass was unexpected for Parsad. He also didn’t expect that he would create a buzz over social media.

In less than a day, more than 500 people sent him messages on Facebook.

And while Parsad is determined to become a priest, he also hopes that it is the Lord’s will.