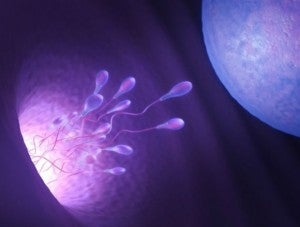 PARIS, France – Teenage fathers are likelier to have children with health problems because of mutations in their sperm, a study said Wednesday.

Previous research had found that teens are likelier than 20- to 35-year-olds to father a child with autism, low IQ, schizophrenia or spina bifida, although the risk is low in absolute terms.

Delving into the phenomenon, researchers led by Peter Forster at Britain’s University of Cambridge analyzed the DNA of more than 24,000 parents and their children in Germany, Austria, the Middle East and Africa.

They also had about 30 percent more mutations than the sperm cells of 20-year-old fathers.

The study did not explore the health of the teenage dads’ offspring, but the findings offer a strong explanation for the problems that have come to light, said Forster.

One reason could be that teenage sperm cells are “error-prone” when they replicate, said Forster.

The findings were “no cause for panic”, the researcher said by email.

Overall, there are about 1.5 births with defects in the general population, and a 30-percent increase “means that teenage fathers would expect to have two percent of their children born with defects.”

Evidence has accumulated in recent years of lower sperm quality in fathers 45 or older.

A study published in the journal JAMA Psychiatry in February last year said people whose fathers were 45 or older at the time of their birth were 25 times more likely to have bipolar disorder than those whose dads were 20-24.

The best time, biologically, to be a father “is between 20 and 35 years of age,” said Forster.

“But even older fathers have only a modest increase in risk.”