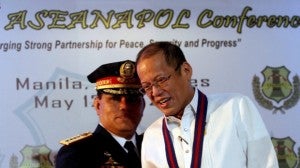 In a two-page subpoena duces tecum, the committee “commanded and required” Nazareno to submit immediately upon receipt to the body the transcription of the SMS conversations under a mobile number registered under the name of Purisima for the period of Jan. 25, 2015 from 5 a.m. to 7 p.m.

The subpoena was pursuant to Senator Loren Legarda’s request to confirm the veracity of the documents submitted to the committee, which investigated the Mamasapano operation along with the committees on peace, unification and reconciliation, and finance.

The issuance of the subpoena came even after the three panels concluded last week its investigation on the incident.

Purisima had already disclosed during the past hearing of the committees his exchange of text messages with President Benigno Aquino III on Jan. 25 where he informed and gave him updates about the operation.