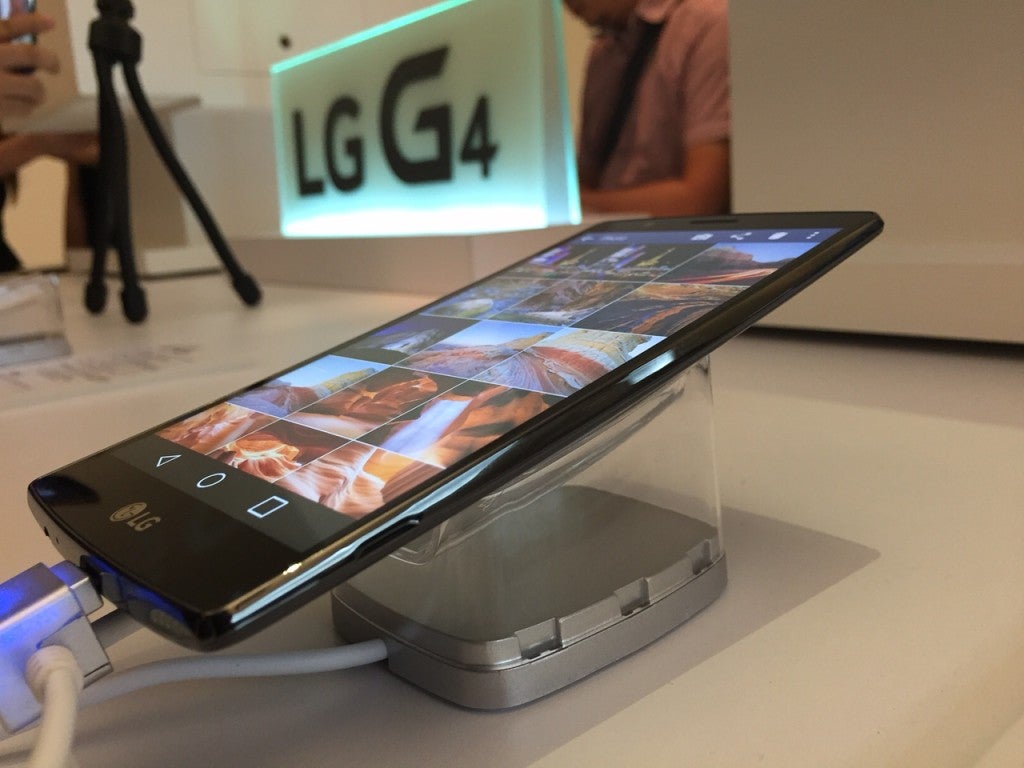 The G4, LG’s new flagship smartphone, is unveiled in Singapore as well as five other countries on Wednesday. PHOTOS BY MARLET D. SALAZAR

SINGAPORE—”The game is not over yet,” LG Electronics seemed to say when it unveiled its new flagship smartphone, the LG G4, in six cities including Istanbul, London, New York, Paris, Singapore and Seoul on Wednesday.

The United States, which is one of LG smartphone’s most important markets according to an LG insider, had a prelaunch hours prior to the global unveiling. 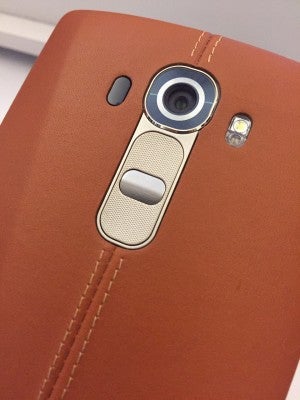 Genuine leather material is used on the back of the LG G4 smartphone.

LG is banking on its latest innovation to capture a discerning market, where smartphone is the premier mobile device of choice both for work and personal use.

Apart from the genuine leather material used on the back of the phone, LG G4 is banking on its camera’s Manual Mode feature, an addition to the existing Simple and Auto Focus features.

Users now have full control of the focus, which is fixed at 1.8, shutter speed, ISO, exposure compensation and white balance for every shot they’ll take.

Other material options for the G4 rear cover are Ceramic White with 3D patterns, Metallic Gray and Shiny Gold.

The use of leather and the ergonomic design “fulfill our promise of innovation,” said Ban Youn Hwang of LG Electronics Singapore’s marketing communications.

“We want to add a sense of elegance and humanity to the LG G4,” he said. 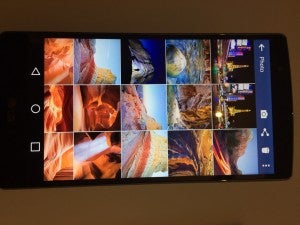 The LG G4 boasts of a 5.5-inch Quantum Display, which offers greater color reproduction, improvement in brightness and better contrast.

In a report by technology site ZDnet in the last quarter of 2014, LG’s domestic market share rose to 22 percent when the company launched the G3 last year.

The new flagship phone is eyed to surpass G3’s performance in the market.

LG’s statement also said that the G4 would be available starting April 29 in Korea and would be offered by approximately 180 carriers worldwide. Prices and carrier availability will be announced locally in each market. RC