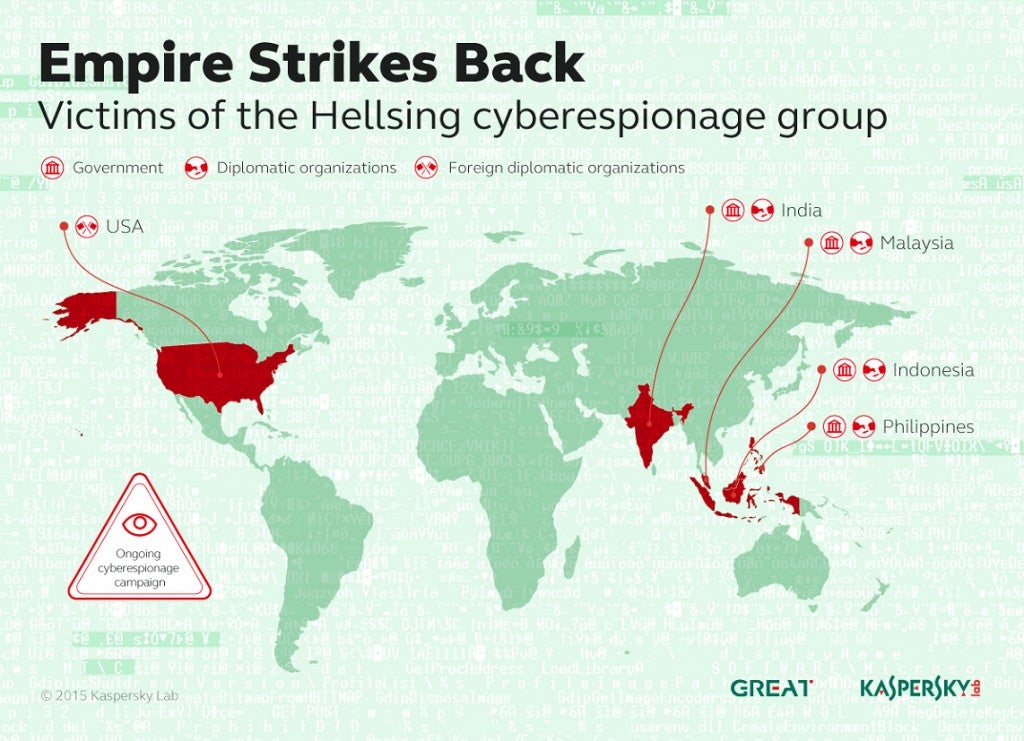 Computer security firm Kaspersky Labs discovered the hacker group dubbed “Hellsing” after it engaged in a brief skirmish with an older hacker group known as “Naikon.”

“The Hellsing group is currently active in the Asia-Pacific region, hitting targets mainly in the South China Sea area, with a focus on Malaysia, the Philippines and Indonesia,” Kasperksy said in its cyber security bulletin on securelist.com.

“Hellsing targets its intended victims using spear-phishing emails with archives containing malware, similar to the one it used against the Naikon group,” it said.

Email spear-phising is a method of fooling a target victim by pretending to be a known associate, friend, or relative. The attacker asks the victim to open an attachment which looks like a harmless ZIP or RAR file but actually contains software that compromises the computer.

Kaspersky listed the file names of some email attachments used by Hellsing which were found to contain malware that allowed backdoor access to infected computers:

Some of the attachments had references to Foreign Affairs Secretary Albert Del Rosario, Embassy of the Philippines, Office of the President, and even the United States Pacific Command.

Once the hackers have gained access to the infected computers, they have tools that can search, gather, and send data back to them.

The malicious software on the infected computer is also able to download files, upload files, update itself, and uninstall itself, Kaspersky said.

The Chinese-seaking Naikon hacker group has also been very active in conducting cyber espionage campaigns in countries in the Southeast Asian region including the Philippines. KS

Kaspersky recommended several ways to avoid being a victim of spear-phising emails from hackers: